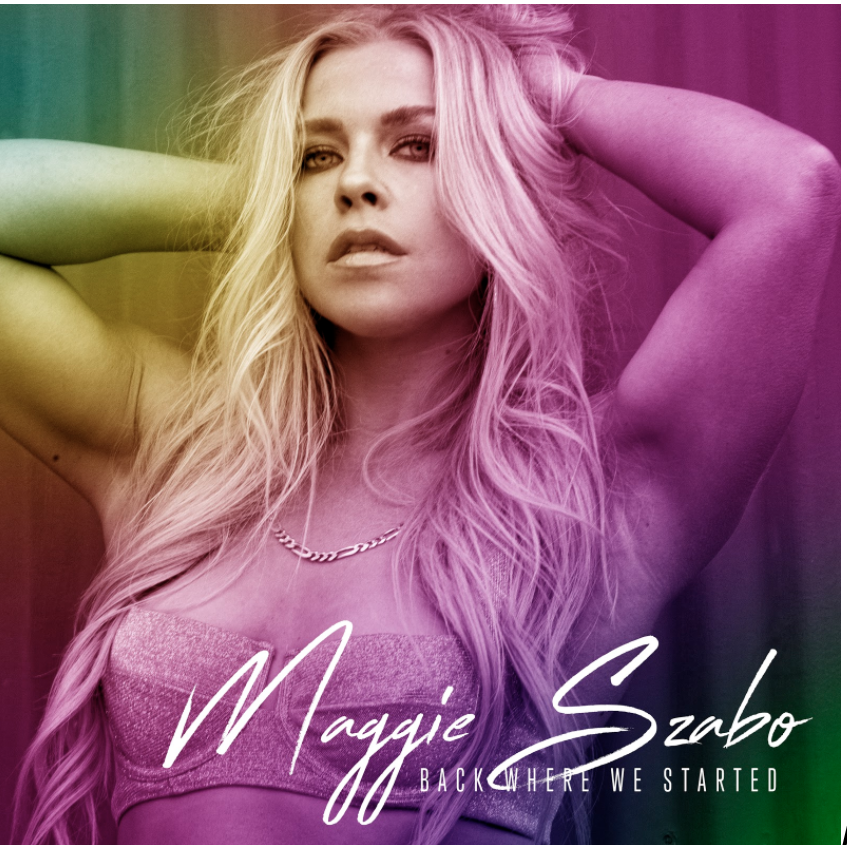 Hailing from Canada but currently based in Los Angeles, Electro-Pop artist Maggie Szabo has been winning over audiences worldwide with her stunningly soulful vocals and empowering pop anthems. Her new song and video for “Back Where We Started,” has just launched last week and is officially out via all digital platforms. “Back Where We Started,” is filled to the brim with gorgeously crafted vocals, surrounded by sultry and vibrant melodies that will entice your ears.

“It’s so fitting that ‘Back Where We Started’ is the first song off my new EP because I wrote it at the beginning of my journey towards personal growth and really learning the meaning of self-respect and love,” Szabo shares of the track. “I’m so grateful that I’m now able to use my music as a personal platform to help empower my fans on their own journeys. I wrote “Back Where We Started” about a relationship I didn’t have the strength to walk away from, even though I knew it wasn’t healthy. I hope when people hear it, they’re reminded it’s ok to not be strong all the time – you have to cut yourself some slack – and you learn lessons through love. That’s how you grow.”

After quickly becoming one of the most sought after songwriter/vocalists for DJs and notable film and TV placements, Szabo’s latest work has focused primarily on her solo project and was written in some of the most beautiful and exotic places on earth, including Greece, Amsterdam, London and Thailand. Maggie has been featured in the likes of The Advocate, Billboard, Perez Hilton, PopCrush, Earmilk, Huffington Post and more, and has also had notable placements in film and television from NBC to Netflix and beyond. With a quickly growing fan-base, over 14 million plays on Spotify, and a social media following that tops some of the nation’s most established pop artists, Szabo has effectively used the internet to showcase and market her songs to the world and her dedicated fans.

In this article:back where we started, maggie szabo