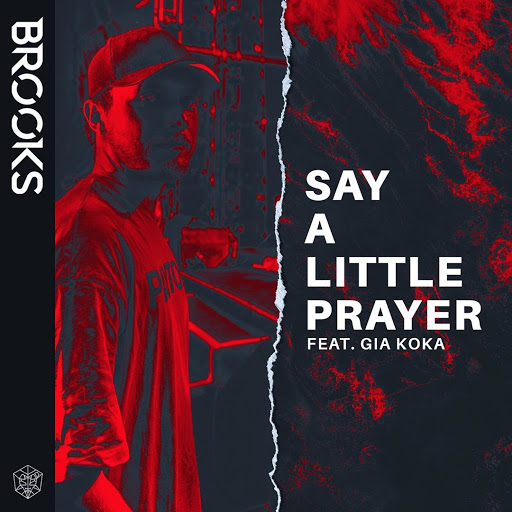 Say A Little Prayer fully embraces Brooks’ signature futuristic house style, topped off by the vigorous vocals of Dutch-Polish Gia Koka. Together the two deliver an ear-pleasing and catchy sound that will definitely stick around in your head after the first listen.

As a firm frontrunner of the electronic music scene, Brooks maintains a captivating track record and is known for Like I Do, Better When You Are Gone (w/ David Guetta), Byte, Boomerang (w/ Martin Garrix) and Waiting For Love. Like I Do reached platinum status in multiple countries and is approaching the mind-blowing number of 350 million streams on Spotify alone.

Now working together with the multi platinum selling writer and singer Gia Koka, Brooks’ “Say A Little Prayer” is set to captivate the hearts of dance music lovers worldwide and will leave a lasting impression on a global scale!