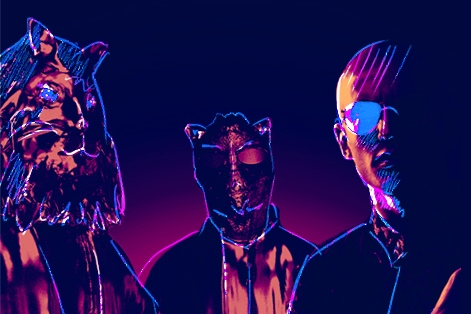 Buy / Stream “Without You” Here

Teez​ and ​Darwin x Mainecoon​ met just after ​Darwin x Mainecoon​’s Isolated release (in collaboration with ​Akalex​ released in ​2018’​ s summer). The 2 artists then decided to join forces for “​Without You​”, a delicious mix of ​Future Bass,​ ​Jersey Club​ with a heady ​Pop​ voice interpreted by ​Darwin​. A track that perfectly links the clubs and the radios.

” I first heard of ​Darwin & Mainecoon​, with their release “I​ solated​” ( feat. ​Akalex​ ). That track completely re-inspired my musical direction & creativity. I immediately contacted ​Darwin x Mainecoon​ to work on a project, as soon as I could. They sent me over an early export of Without You​. Instantly, I was hooked by ​Darwin​’s voice & the melodic structure of the track. They sent me over the stems & I took my time perfecting ​Without You​, start to finish. After several versions & feedback – a year later ​Without You​ is completed. Moving forward into this next decade, I want to transform my sound from the ​Jersey Club producer to the musician. I’m excited to share all my new music with the world. Enjoy Without You​. “

Tyler Zahradnik, better known as “Teez”, is a 24, year old DJ/Producer. Based out of Beachwood, New Jersey. Influenced by artists such as DJ Jazzy Jeff, DJ Snake, Sliink, Mike Gip & Tim Dolla, Teez is an iconic figure in the emerging Jersey Club scene. Garnering major support from several of his inspirations such as Skrillex, Diplo, GTA and plenty more, TEEZ has taken 2019 by storm, debuting his international smash hit, ‘Whistle’ as the first release via DJ Snake’s, Premiere Classe Records. While Teez incorporates his recognizable Jersey Club signature in many of his productions, he is far from just a “Jersey Club” DJ. Having already played established venues in both the US and foreign markets, TEEZ pushes an extremely diversified vision for the future of dance music.

Moving into the new decade of 2020, Teez will be undertaking a musical & visual evolution that will be the next milestone in his career. Transforming from a DJ, into a performing artist. Utilizing live instrumentation, vocals & band pieces; it will truly be a spectacle to dive into.

Hugo and Vincent met in 2018 and merged their solo projects to create ‘Darwin X Mainecoon’.

In addition to creating their unique signature sound, their visual universe is a dystopian fantastic world where Darwin x Mainecoon are 2 characters, half man – half animal and ready to conquer the planet Earth with their music straight from planet Earth101.