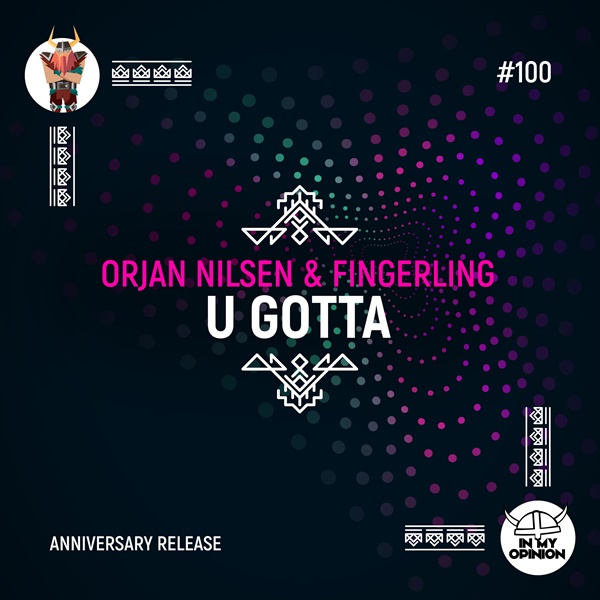 Orjan Nilsen Fingerling U Gotta – Seeing as their first-ever link-up marked the first release on In My Opinion, it seemed only right for Orjan Nilsen and Fingerling to unleash their latest masterpiece as the label’s 100th release. Spotlighting a musical synergy inspired by a unique partnership between the two, ‘U Gotta’ is the perfect track to celebrate this amazing milestone with.

Following their proven recipe for success, Orjan Nilsen and Fingerling’s new creative collision sees the pair cook up another cut tailored for the big crowds. Sporting glowing vocals and heavenly chords before the inevitably bass-heavy beat drop, ‘U Gotta’ equals straight fire on the dance floor.

Orjan Nilsen: “Vegar (Fingerling) and I have been friends our entire lives, and he’s probably the only person I allow to be in my studio when I am not there. We come from the same city and it’s standard practice to sit together in the studio drinking red wine. We grab a couple of drinks and argue about aliens, politics and pretty much anything now that I think about it. Then we cool off in the studio and basically come up with super random things. ‘U Gotta’ is no different. It was made during peak-time winter hours, when there’s no daylight outside. To me, it’s just the right track for this huge milestone. Can’t believe it’s been 100 releases already.”

Fingerling: “I owe my entire musical journey to Orjan. He taught me everything I know, and I consider myself very lucky to be able to have a friend as talented as he is, and to have the freedom to learn his secrets. I have learned a lot and I am happy to see that Orjan hasn’t given up on me. We collaborated for the first release of the label and I am very excited to collaborate on the 100th release as well!