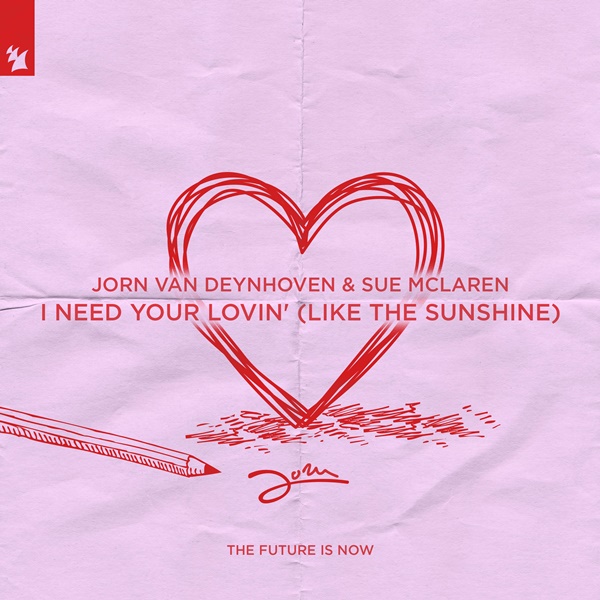 Sparking the pre-order of his forthcoming album simultaneous with its release, ‘I Need Your Lovin’ (Like The Sunshine)’ sees the uplifting sound of its creator take center stage again. Infused with the remarkable vocals of Sue McLaren (inspired by The Korgis’ ‘Everybody’s Got To Learn Sometime’) and a high-reaching melody, this track is sure to pave the way for a lot more mainstage madness to come from the Anthem Man.


Jorn van Deynhoven: “I can‘t wait to show the world my comeback single, ‘I Need Your Lovin‘ (Like The Sunshine)‘. After being absent for a year and a half, I am more than proud to release this uplifting song as the first single release of my upcoming artist album, ‘The Future Is Now’. It was such a pleasure for me to work together with my favorite singer Sue McLaren, who always manages to get a song onto another level. We both had a great time in the studio, which I feel really shines through in this song. ‘I Need Your Lovin’’ is a homage to all the loving people in the world. No hate, more love!