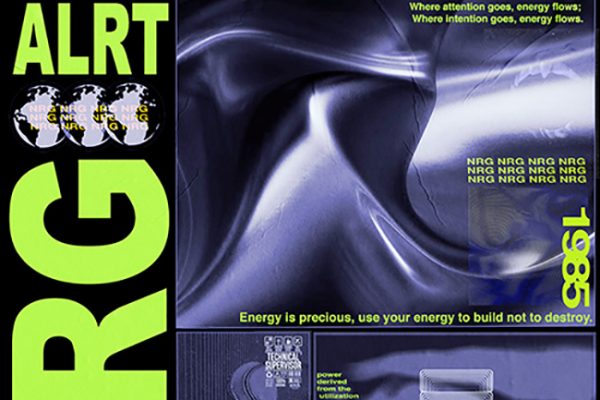 Dropping his latest EP this week is producer ALRT, who brings his energetic and unique style of dance music to the forefront on NRG Vol.1. Having gained widespread support from the likes of Joyryde, Kayzo, Ghastly and DJ Snake, this 5-track release will stun you due to its reliance on dark and groovy basslines.

NRG Vol.1  serves as a standard that sets the tone for how industrial house should sound. Its use of thunderous kicks, punchy builds and pumped up vocals will easily rattle your ribcage as you are musically transported to the rowdiest club at the weekend again.

He has collaborated with Callum Higby on ‘Feel My NRG,’ a pacy cut filled with an intense, rhythmically charged bassline and snappy tempo. ‘Pushing On’ keeps the tempo up with a twisting melody and pitched vox, before ‘RVLTN’ offers something dubstep-influenced – all heavy drops and riotous energy. The EP closes with intricate details and gnarly cuts – well described by ALRT as “my mind-melting trap track with both new and old school influences.”

It looks like 2020 is set to be a huge year for ALRT so make sure you keep your eyes peeled. Take a listen to his new one here.