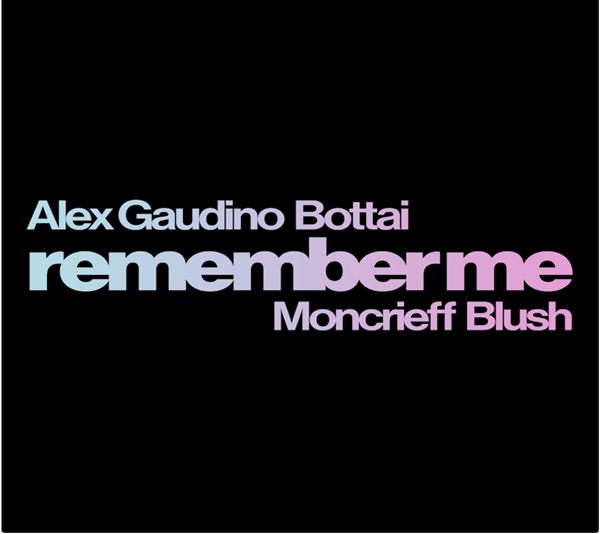 The track features the iconic riff from Robert Miles’s House classic ‘Children’ partnered with the immense vocals of Moncrieff and Blush.

Having found acclaimed worldwide success with hits ‘Destination Calabria’ and ‘Watch Out’, Alex Gaudino has previously been hailed by Dance music legend Pete Tong as being ‘one of the most prolific producers in Italy’. With an incredibly impressive 3 UK top tens and 1 UK top 20, Gaudino arguably has a special ability to create infectious bangers that resonate globally.

‘Remember Me’ is no exception. Moncrieff kicks off the track with his soulful tone, which leads to a chorus that cements itself in your subconscious the moment you hear it. Enter Blush, who adds an innocent and refreshing vocal which perfectly balances the track. This is all topped off by the sonic perfectionism of Bottai who’s attention to detail is evident in what is a polished production throughout.

Robert Miles (the creator of the iconic riff utilised in ‘Remember Me’) unfortunately passed away in 2017. However, at the time of its release, his original record ‘Children’ broke new ground in Dance Music, becoming one of the only ever entirely instrumental tracks to become number one in over a dozen countries and break into the billboard top 100. Although sorely missed by the entire Dance community, his brilliant melodies and remarkable work continues to inspire people and provoke emotions of happiness whenever they are heard.