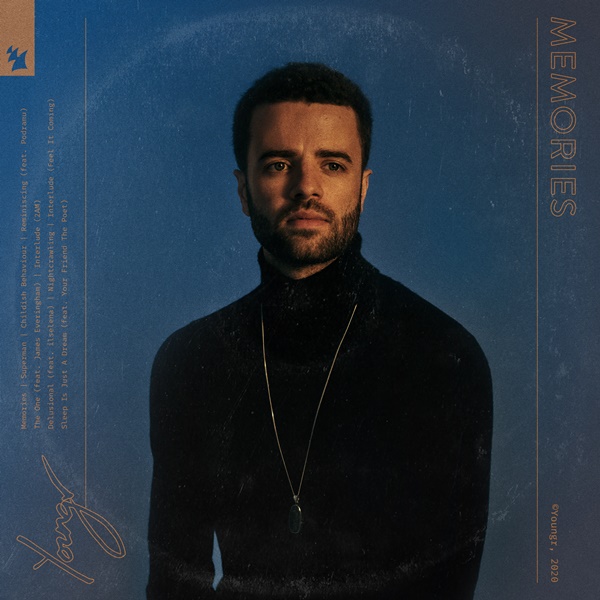 Youngr Memories – Ever since he started writing and performing music as an eleven-year-old, Youngr has been taking all the right steps. He has polished his craft to perfection, entertained crowds both big and small with his exhilarating live performances and dropped single after single to tell his story. But what happens when there’s too much to say to fit into a three-minute pop song? What happens when those short musical outbursts barely scratch the surface? Youngr’s answer to that question is his first-ever album: ‘Memories’.

A collection of songs shaped by a reflective state of mind during the writing process, ‘Memories’ is a ten-track journey through Youngr’s life experiences. Capturing the essence of both the clear blue skies and the potholes in the road, the songs of the album not only narrate the ups and downs of the past few years, but also paint the picture of where Youngr is right now on a musical, lyrical and emotional level.


This album is a gateway between bygone days and new musical avenues where the former inspires the exploration of the latter. Combine that with Youngr’s knack for creating timeless, soul-soothing and infectious songs and you know this body of work will help listeners forge some amazing ‘Memories’ of their own.

Youngr: “This is the first time I’ve actually tried to put an album together. I realized I had ended up chasing success rather than enjoying the journey, accepting the path I’m on and understanding everybody’s journeys and successes are all different and unique to them. ‘Memories’ is my way of remedying that, and I can safely say that wrapping up all these thoughts and feelings into new songs has been a really interesting journey.”

Since breaking through with self-released debut single ‘Out Of My System’, Youngr has racked up over a hundred million streams and played over 160 shows in 45 countries, including sold-out tours across Europe and North America. The multi-talented musician stands out from the crowd with his unique performance style and one-take live videos of dancefloor friendly bootlegs, with his bootleg of The Temper Trap’s ‘Sweet Disposition’ going viral and racking up over 15 million views in its first two weeks. Now an integral part of Armada Music’s artist roster, Youngr brings a refreshing perspective and change of pace to the table, with his ‘Memories’ album at his latest and most captivating musical outburst.