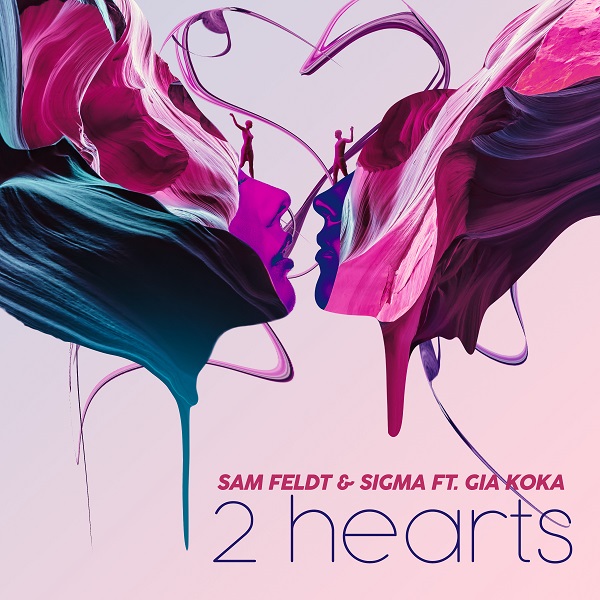 Sam Feldt Sigma Featuring Gia Koka 2 Hearts – With ‘Post Malone’ proving a huge hit with over 240 million streams to date and being certified gold in the US and UK, Sam Feldt is on a real roll. He keeps the momentum going with what promises to be yet another global smash on new feel-good anthem ‘2 Hearts’.

The track sees him team up with UK duo Sigma, the force behind massive tracks like ‘Nobody To Love’ and collaborations with superstars like Take That and Rita Ora. Their anthem-crafting skills are perfectly complemented by the sweet sounds of singer-songwriter Gia Koka. She is the writer behind many big tracks including the global hit ‘Crazy’ by Lost Frequencies & Zonderling, and her contribution here is formidable once again.


From the very first second, you know you’re in Sam Feldt territory as the horns ring out a triumphant tune. The scene suddenly cuts to Gia Koka’s dulcet tones telling a tale of love. Tropical drum fills add flavour as the track swells, with the chorus leading way to those horns in all their glory. Overall the effect is a classic Feldt sound flavoured with some Latin energy. It’s another surefire hit.

Released right at the start of 2020, it’s the most perfectly positive track to get your new year rolling.