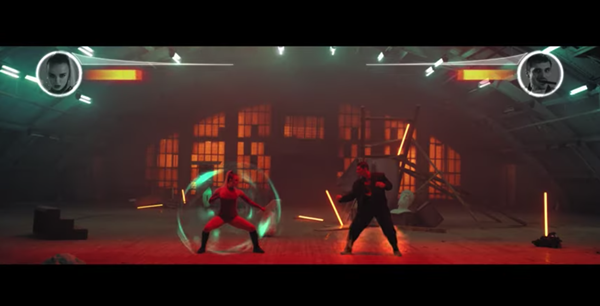 Alok Dynoro On & On Official Video – Brazilian star Alok and Lithuanian producer Dynoro have unveiled the gripping official video for their single ‘On & On’, out now via B1 Recordings / Sony Music.

Directed by Sarah Knüpfer, the surreal, video game-like visuals feature “choose your player” sequences with a male and female character dueling in a style reminiscent of classic games such as Streetfighter, Tekken and Mortal Kombat. A perfect visual accompaniment for the track’s scintillating vocal and driving bassline, the video toggles between action, passion, and humour throughout. Originally released in late November, ‘On & On’ has since racked up 17.6 million hits on Spotify alone.

Recently clocking in at #11 on the DJ Mag Top 100 list, 2019 proved to be Alok’s busiest and most successful year yet. He linked up with acclaimed producer Felix Jaehn and British pop-band The Vamps on ‘All The Lies’ which amassed 70 million streams on Spotify, reworked Meduza’s global hit ‘Piece Of Your Heart’ and garnered over 438 million Spotify streams on fan favourite ‘Hear Me Now’, further cementing his position as the most successful Brazilian artist in dance music.

A mainstage regular, Alok’s talents have taken him across the globe where he has gone on to perform sizzling sets at renowned festivals and parties including Burning Man, Ushuaïa Ibiza and Tomorrowland, where he was the only artist to headline four of the main stages. Closing off his world tour last September, he headlined the iconic Rock in Rio alongside Drake, Ellie Goulding and Bebe Rexha.

Dynoro struck gold with last year’s debut ‘In My Mind’, a single that went to #1 on Spotify, Apple Music and  Shazam in  13 countries. It reached #1 on US Dance Radio and ranked at #5 in the UK Singles Charts, amassing over 750 million streams and selling 3.2 million copies overall. More recently, the Lithuanian hitmaker partnered with Norwegian singer-songwriter Ina Wroldsen on ‘Obsessed’, a dance-pop crossover hit that has amassed 48 million streams and reached #1 on US Dance Radio, with dance music icon Tiësto remixing the club-focused track.

A captivating visual that will undoubtedly strike a chord with those familiar with classic video game arcades, the official video for ‘On & On’ proves a perfect match for the track’s high-octane vibe.