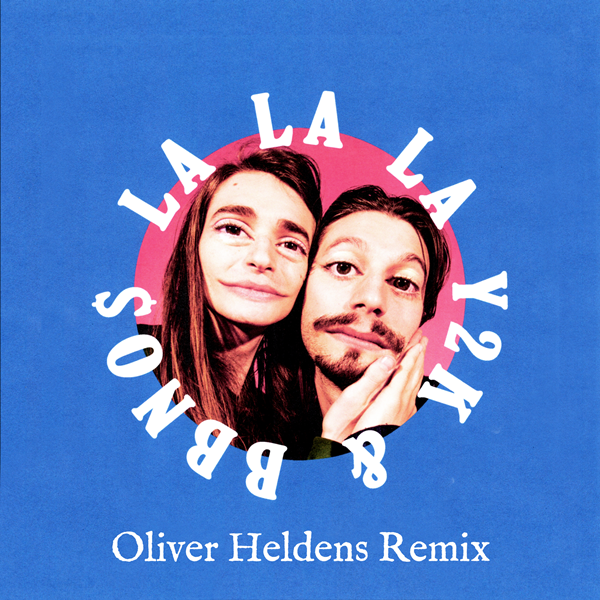 Oliver Heldens Remix Y2K & bbno$ Lalala – With over 850 million cumulative streams, Y2K and bbno$’ infectious ‘Lalala’ has been one of the year’s big breakthrough hits. Charting Top 10 at pop around the world, it has become inescapable, and now gets a huge house rework from the master that is Oliver Heldens.

Cleverly switching between the hip-hop rhythm of the original and his pumping house style, Heldens has delivered a seriously infectious remix here. The low end is amped up to the fullest, with his rubbery bassline wobbling atop his typically snappy house beats. A raw, detuned electro synth riff mimics the guitar line of the original, and with careful use of FX to increase the vocal intensity, he completes a powerful patchwork of sound. The remix has been teased in many of Helden’s live shows in recent months, and the reactions have been suitably huge.

‘Lalala’ is a collab between American producer Y2K and Canadian rapper bbno$. It’s recently had a massive remix version featuring Enrique Iglesias and Carly Rae Jepsen, but this an essential remix for the clubs.

“We were looking for one heavy hitting dance version and we definitely got that. Oliver has one of the most impressive discographies of any house producer & I couldn’t be more excited/honored to have him remix Lalala”, says Y2K.

Oliver Heldens commented on release saying, “When I was approached to remix ‘Lalala’ I knew straight away a House remix could work really well. On this remix, I went back a little bit to my 2014 Future House sound, which goes really well with that catchy melody of the original. I’m very happy how this turned out and it’s been going off in my sets! Hope you like it too!”

The new remix comes after Heldens latest single ‘Turn Me On’ has topped charts around the world. Currently sitting at #9 on the UK Official Top 40 Chart, the record has amassed over 21 million streams globally in 6 weeks since its release. Placing #7 in DJ Mag’s Top 100 DJ poll this year, the Dutch superstar continues to raise the bar as one of the leading DJ/producers in the game.