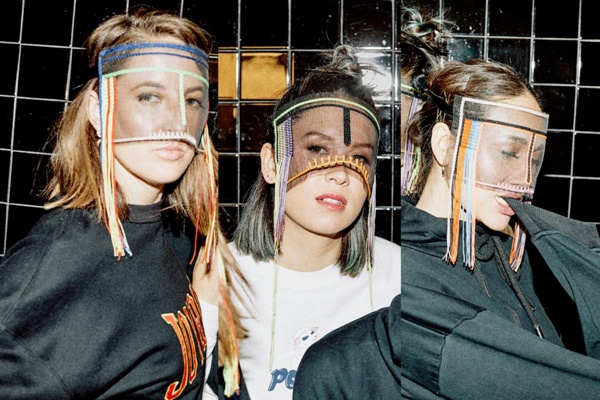 Haiku Hands Onset – Australian electro-pop collective Haiku Hands have impressed audiences and critics worldwide, becoming one of the country’s most hyped prospects after bursting onto the scene in 2018 via Spinning Top (Tame Impala, Pond) with their energetic brand of pop, hip-hop, electronic and punk-infused anthems, quick-witted lyricism and invigorating live performances.

About the new single, Haiku Hands’ Claire Nakazawa says, “Onset is the kind of track that you can listen to while walking down the street and feel like you own it. To me it’s a power track, about owning your power, sharing and enjoying it. Classic rap braggadocious with a conscious tip. Feeling the good vibes and not sweating the small stuff. The beat references classic genres. Mad Zach’s musical knowledge shines through as he incorporates sounds and elements from old school 80’s & 90’s hip hop, rave and electro and combines them with contemporary, new school electronic production. The result being a fresh, nostalgic, head banging track that you’ve never heard before. Onset is colourful, wild and rude. Get into it.”


Based across Melbourne and Sydney, the core of Haiku Hands is Beatrice Lewis, Claire Nakazawa and Mie Nakazawa. Together, they curate, perform and work as a collective of artists, engaging and exploring social norms with their lyrical and visual content. Their influences range from hip-hop to pop, electronic to dance, and everything beyond.

Haiku Hands have brought their singular, rebellious, and outright fun sound across multiple continents over the past two years. On the heel of their breakthrough performances at the UK’s Great Escape, Haiku Hands has been touted by NME as “Australia’s most electrifying pop prospect” and “a thrilling pop hybrid” who combine the pure pop attitude of Charli XCX with the energy and swagger of The Beastie Boys.

2019 saw Haiku Hands make their way to the US for the first time, winning over audiences nationwide with a series of shows at SXSW, tour support for feminist Japanese punk quartet CHAI across both coasts, opening for Aussie psych kingpins Tame Impala, Chicago rapper CupcaKke, footwork producer DJ Taye and an October US tour with dance duo Sofi Tukker.

With their debut album right around the corner, stay tuned for more exciting news and infectious tunes from Haiku Hands.