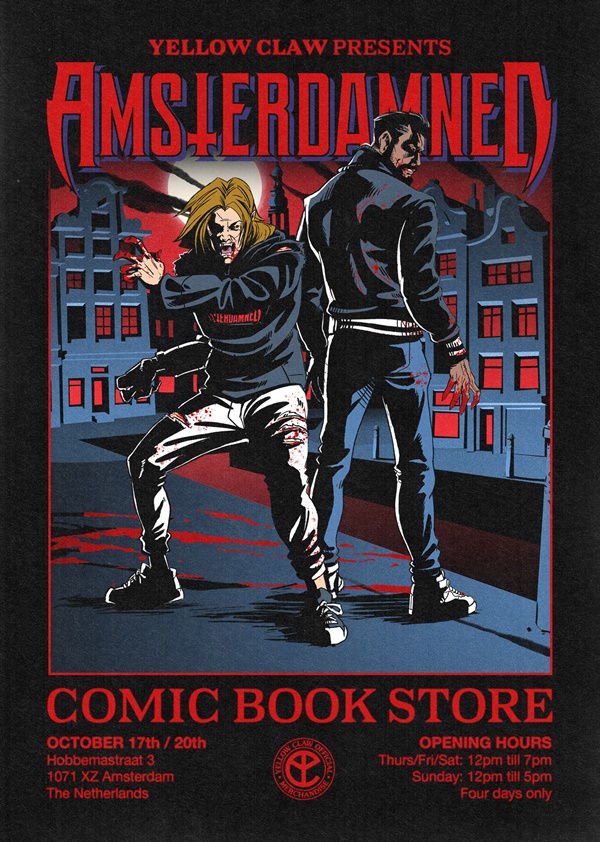 Both Yellow Claw members Jim Taihuttu and Nils Rondhuis will be at the store to sign copies of their comic book, accompanied by other activities throughout the week like: live “Amsterdamned” tattoo sessions, a photo booth, demo drops and more.

“About a year ago we started working on a song that inspired us on a whole other level. The song sounded like the soundtrack of a grimy anime movie or a comic saga. We just couldn’t stop thinking about it. So after an insomnia infused creative brainstorm session we decided to just make it ourselves. Now looking back it’s so crazy what you’re able to achieve if you put your mind to it and surround yourself with the right team.” – Yellow Claw

The pop-up store will be open to the public from Thursday October 17 until Sunday October 20 and will also feature merchandise inspired by the comic book including a clothing line, skateboards, accessories and more. The comic book and merchandise will also be available for purchase online.