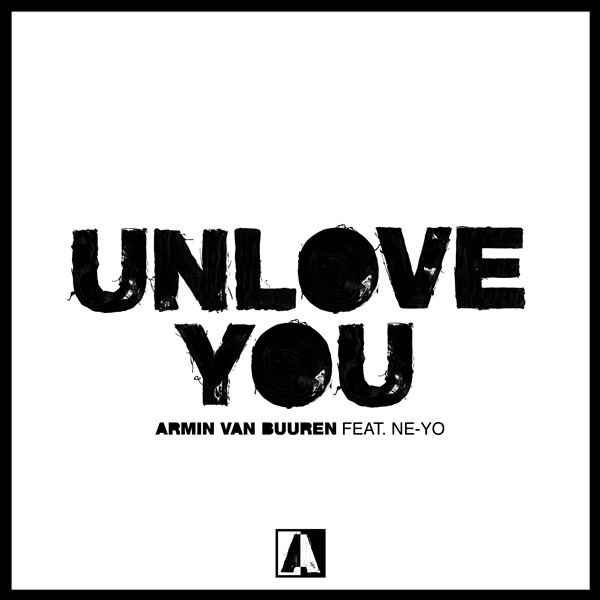 Armin van Buuren NE-YO Unlove You – Just one week before the release of Armin van Buuren’s seventh artist album, a huge collab emerges as the most recent single to come off of ‘Balance’. A monumental link-up with none other than R&B/pop superstar NE-YO, ‘Unlove You’ sees the seminal artists explore the subject of a recognizable post-breakup dilemma in their own unique way.

A collaboration as eye-popping as it is ear-catching, ‘Unlove You’ delivers its lyrical message with pinpoint accuracy whilst sporting a club-tinged groove that can do no wrong. With killers vocals, pounding beats and recognizable lyrics that aim straight for the soul, this track shows that being open-minded unlocks a whole new world of possibilities. The track was also produced by award-winning producers Jesse ‘Corporal’ Wilson and Tearce Kizzo.

Armin van Buuren: “Part of the beauty of having no limitations at all in the studio is that I get to work with the most talented people no matter what ‘genre’ they’re in, and NE-YO is no exception. It’s an honor to have worked together. We both built a legacy in our own respective scenes, and I’m grateful we were able to bridge the gap between them through ‘Unlove You’.”

NE-YO: “I already loved this song because of its subject matter, as it’s familiar territory. But Armin’s musical interpretation takes it to a whole other level. The energy is contagious!”

Throughout his more than a decade long career, NE-YO has proven himself to be as powerful with his pen as he is in the recording studio and on stage. The Las Vegas native, born Shaffer Smith, quickly became known as a go-to hitmaker, penning bangers like Rihanna’s ‘Unfaithful’, ‘Russian Roulette’ and ‘Take a Bow’, Beyonce’s 2006 breakup anthem ‘Irreplaceable’, and Mario’s sugary breakout single ‘Let Me Love You’. His first single, 2005’s ‘So Sick’, soared to #1 on the Billboard Hot 100 charts, and was certified quadruple platinum. Since then, the triple Grammy winner has racked up a collection of hits, including stream bombs such as ‘Sexy Love’, ‘Closer’, ‘Because of You’ and ‘Miss Independent’.

Prior to the release of the full ‘Balance’ album on October 25, Armin van Buuren already released a handful of new tracks from the album. Previously, fans got a taste of the album through ‘Waking Up With You’ (feat. David Hodges), ‘Mr. Navigator’ (with Tempo Giusto), ‘It Could Be’ (with Inner City), ‘High On Your Love’ (feat. James Newman), ‘Don’t Let Me Go’ (feat. Matluck) and ‘All Comes Down’ (feat. Cimo Fränkel). And now, with the release of ‘Unlove You’ and the fact that there are only four days to come until the album launch, the wait is almost over.