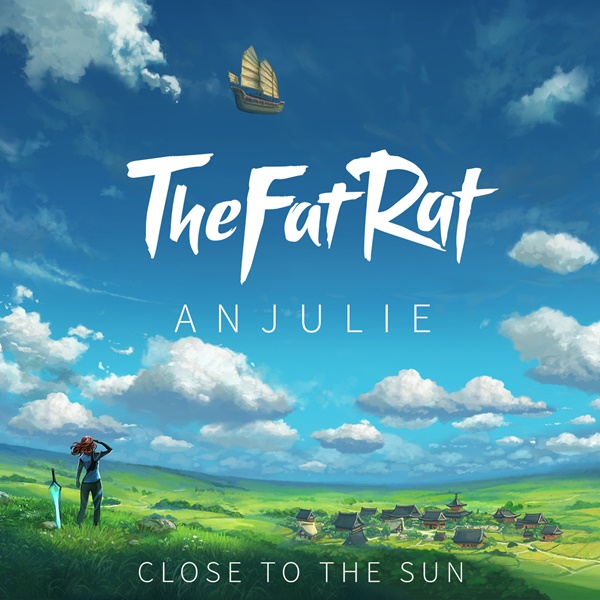 TheFatRat Anjulie Close To The Sun – German gaming music artist TheFatRat is nothing short of a sensation. His music is the most popular amongst gaming community, and is fast expanding past the gaming world and into the wider musical realm. With over 4 million YouTube followers and 800 million views on his channel, more than 4 billion views on videos that use his tracks plus 2 million followers across other platforms, he’s earned a huge fan base who’ve been excitedly waiting for his latest track,  ‘Close To The Sun’ which came out last Friday. The track amassed over 300.000 streams on YouTube and nearly 100.000 on Spotify within the first 24 hours, and the numbers continue to climb.

The track features vocals from Platinum-selling artist, Anjulie, who has previously written songs for the likes of Nicki Minaj, Zedd, Diplo, Kelly Clarkson and Benny Benassi. It’s a beautifully chilled slice of electronic warmth, exemplifying TheFatRat’s blend of Eastern melodies and Western pop. The gorgeous female vocal takes centre stage as the delicate arrangement builds through finger snaps and soft chord sounds before one of his subtle Asian melodies slice through the action. The rhythm changes in the next verse with a little reggae lilt, and more sweet melodic touches saved for the final section.

With music synced to big video games like DOTA 2 and Rocket League as well as for global brands like Coca-Cola, TheFatRat’s music reaches far and wide with multiple singles in the iTunes Top 100 for a staggering 3 years running. ‘Close To The Sun’ is set to be another of these hugely successful releases.