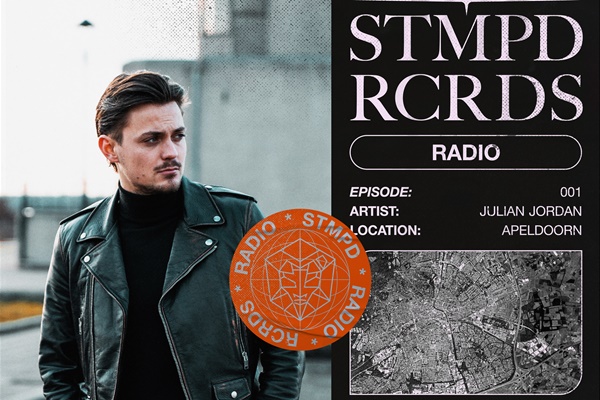 STMPD RCRDS Radio Julian Jordan – Not content with one of the busiest and most acclaimed labels in dance music and stages at some of the world’s biggest festivals like Tomorrowland and Sziget, Martin Garrix now announces that his STMPD RCRDS label is to launch its very own radio show.

The show will have a unique angle that will set it apart from the many other radio shows out there. Each episode will be devoted to a different STMPD RCRDS artist, following a day in their life through a combination of their music, interview and field recording.

The listener will follow them as they give a tour of places that have meaning to them — like their home town, where they played their first gig, their favourite place for food, and the places they visit for inspiration. Capturing the audio ambience of these different locations, the show will truly bring to life the nature of these artists and the worlds they live in.

A video version of the show will also be available via YouTube, allowing fans to see the locations for themselves. The show will feature exclusive music and favourites from the artist in question, making for a well-rounded snapshot of what they are all about.

The show will kick-off with STMPD RCRDS one and only Julian Jordan, who will show the listeners around his hometown Apeldoorn.

The monthly show will be broadcast on a selection of the world’s best radio stations, and is produced by Chris Bailey from The Boy in the Corner. Look out for the launch episode, coming soon.