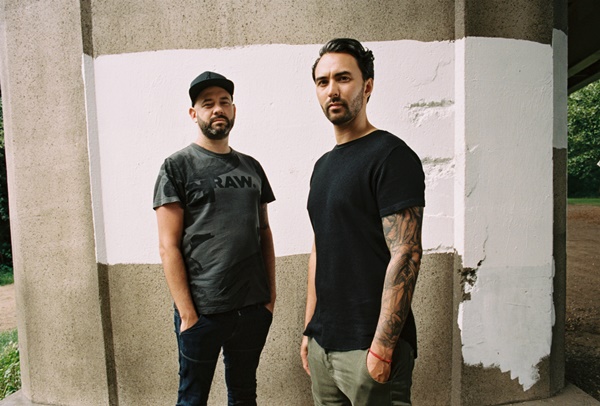 Leftwing: Kody’s I Feel It – Leftwing: Kody’s ‘I Feel It’ has evolved into the sound of the summer followed by notable remixes from Paul Woolford and Boston Bun earlier this year. Now the critically acclaimed Leftwing : Kody lads return to add another layer to the spiralling ‘I Feel It’ magic with an uplifting new video directed by sought-after director Filip Nilsson and leading production company Object & Animal.

Now on BBC Radio 1’s peak time B List, Leftwing : Kody’s ‘I Feel It’ holds no boundaries, with the new video taking the mesmerizing crossover track to another level. The video pictures an elderly man, played by Sweden social media idol Dainel Ekberg, making his way out of a caravan complex and across the city, stopping in various locations to let loose and bust some serious shapes and a tad of dad dancing.

Noticing the infectious moves, a gang catch up with the speedy shape shifter for a humorous dance off before he gears up, helmet and all, into a spiralling state of ecstasy. Whatever your age, Leftwing : Kody’s ‘I Feel It’ video sends the message that music is universal, uniting and urging people to immerse themselves in the dance.

‘I Feel It’ was first heard across sets at Miami Music Week swiftly moving on to the party capital of Ibiza whilst making an impact globally ever since. Gig wise, expect Leftwing: Kody to drop the hit tune at Toolroom Live’s closing party on 22nd September, whilst continuing a slew of impressive shows with Toolroom in NYC, Los Angeles and Miami among others as well as Catalina Island Festival off the coast of LA, California. For their loyal UK following, they will return for a winter run kicking off their tour in October at Motion in Bristol and The Warehouse Project in Manchester for Marc ‘MK’ Kinchen’s Area 10 party with further shows in Leeds, Essex, Newcastle, Maidstone, Canterbury, Aberdeen and Glasgow plus We Are Halloween FSTVL. With Leftwing:Kody’s fresh video plus many more shows to follow worldwide, ‘I Feel It’ is set to stay fixed in listeners minds as the reigning duo continue to rule airwaves and DJ sets alike.

Leftwing : Kody’s ‘I Feel It’ (Video) is out now via Columbia!