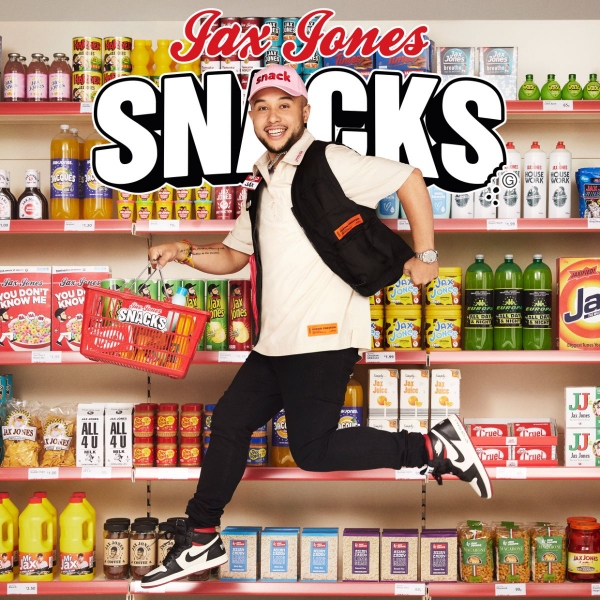 Jax Jones Snacks – Grammy, Ivor Novello and two-time BRIT Award nominee, producer, DJ and multi-instrumentalist Jax Jones releases his debut album Snacks today. Already storming the album charts the record has been certified silver ahead of its release and features an all-star array of some of music’s brightest stars.

Speaking of the album Jax said “Growing up I used to study anything my hero’s Timbaland or Neptune’s had produced – I used to dream one day I could be making tracks myself. I never thought one day I would release my own artist album and I would be working with so many incredible collaborators. I’ve had all types of ups and downs along the way, this album is the biggest achievement of all. And to go silver on Day 1 for a dance artist, that’s mind-blowing.”

The release of Snacks cements Jax’s status as one of the industry’s most prominent forces with a succession of his eight huge singles. From the Grammy, BRIT Award nominated and double-platinum ‘You Don’t Know Me’ featuring Raye. To the most Shazamed track in the dance world, the BRIT Award and Ivor Novello nominated ‘Breathe’ featuring Ina Wroldsen as well as further smash singles such as ‘Instruction’ with Demi Lovato & Stefflon Don, ‘Ring Ring’ with Mabel and Rich The Kid, ‘Play’ with Years & Years, ‘All Day And Night’ with Martin Solveig and Madison Beer, ‘One Touch’ with Jess Glynne, ‘Harder’ with Bebe Rexha and the brand new ‘Jacques’ banger with Swedish electro-pop sensation Tove Lo, Snacks is the perfect party album for the playlist generation.

Since bursting on the scene in 2016 with ‘House Work’, Jax Jones has proved himself to be a genre-defying artist producing and releasing music that spans across pop, house and urban. Drawing on a diverse number of musical influences as well as working with a myriad of musicians, in true Jax Jones style every track on Snacks is distinct both sonically and lyrically yet infuses his signature beats and style.

Snacks embodies the household theme Jax has become synonymous with previous singles being tied to the theme, leading up to the bold visual aesthetic and title of the album.