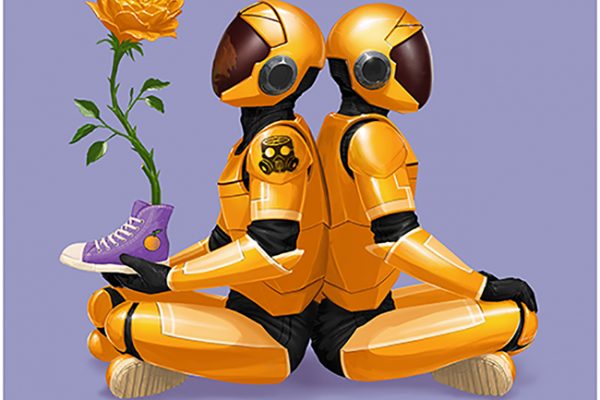 In little time, Ohio electronic duo Half an Orange has risen to the top of the future bass ranks thanks to their raw, emotive sonic flair. Perhaps best known for their vocal-driven tunes, like ‘Old Friend’ and ‘Given Up,’ Half an Orange are back with their huge new track ‘Blink 182.’

‘Blink 182′ brilliantly toes the line between bubbly and mesmerising, consistently churning to a hypnotic 107 BPM while oscillating between the euphoric highs and luscious vocals. The song’s chorus is uplifting and packs a poignant punch, highlighted by chiming melodies that build and hook you in again and again.

You can get familiar with Half an Orange below.