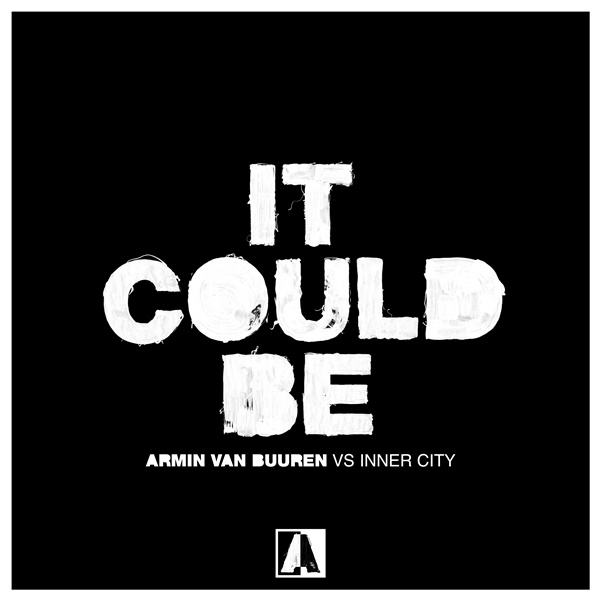 Armin van Buuren Inner City It Could Be – When two of electronic music’s most longstanding and esteemed acts partner up for a brand-new single, you just know there’s something coming up that will exceed all expectations. With more than fifty years of exhaustive dance music experience between them as well as a truckload of global hits, Armin van Buuren and Inner City (Kevin and Dantiez Saunderson) hit the studio together to create a track that crosses the divide between their respective musical cultures. Their first-ever collaborative effort, ‘It Could Be’, is the bridge between Detroit and Amsterdam and one of the amazing new singles featured on Armin van Buuren’s forthcoming ‘Balance’ album (due October 25).

Rebellious and open-minded, ‘It Could Be’ is one of the most unexpected and interesting collabs on Armin van Buuren’s seventh artist album. Made in tandem with Inner City, the group responsible for monumental dance classics such as ‘Good Life’ and ‘Big Fun’, this track simply oozes with so much dance-floor-wrecking potential it’ll be very hard for listeners not to get their groove on.

Armin van Buuren: “To work with Inner City is a dream come true for me. They were already setting the tone in the dance music scene back when I was only just taking my first steps in the industry. Their hits are timeless, their sound remains evergreen and their creativity in the studio was so inspiring. I’m super proud of the end result, as it shows all that could be when you are open-minded and willing to get inspired by sounds, styles or genres that are different from your own.”

Kevin Saunderson, Inner City: “I’m excited to have done this collaboration as both the Inner City and Armin van Buuren history goes way back. We’ve both seen and heard the scene change over the years, but ultimately our aim is the same, to uplift people through the power of music. So here it is, Detroit meets Amsterdam.”


Detroit electronic music group Inner City is one of the most influential dance acts of all time. Originally formed in 1987 by Kevin Saunderson and vocalist Paris Grey, they topped the U.S. Billboard Dance chart five times and had steady fixtures in the Top 40 of the U.K. Singles chart. 2019 welcomed in a new era as Kevin and his son Dantiez now form the foundation of the group. This year, they embarked on their first Inner City live tour in Europe since two decades, hitting major festivals and events together with guest vocalist Steffanie Christi’an, as well as releasing single ‘Need Your Love’. With more new music on the horizon, Inner City are poised to enjoy the good life as much today as they did in 1987.