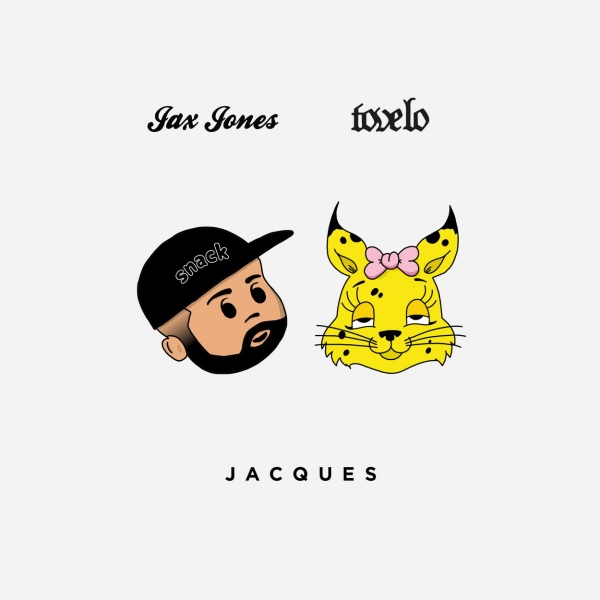 Born out of a mutual admiration for each other’s work, Jax and Tove Lo’s collaboration on ‘Jacques’ has been cooking for quite some time. Detailing a fun and flirty exchange told by Tove Lo enlightening listeners to a rendezvous she once had with a French guy called Jacques. The alluring anecdote and sultry pop vocals are underpinned by an underground heavy house beat and catchy bassline making nod to Jax’s deep house roots.

Speaking of the single Jax said “It’s one of my favourite new tracks from my album SNACKS (Supersize) because it alludes back to my deep house background. If you liked my first song ‘I Got U’ then this is for you. It’s got a fire bassline which in order to create I channeled the late great Jerry Barnes. So if you like it funky. Check it out”.

Like all of Jax’s collaborations the music was created organically as a result of both artists being huge fans of each other’s work and was the end result of two days spent hanging out writing and recording, talking about their time together Jax added “When she came into the studio it was wild finding out her favourite song in life is House Work”.

Speaking of the single Tove Lo said “I’ve had House Work on repeat, we use it as our amp up song on tour before going on stage! I’ve wanted to work with Jax for a long time and our two days in London were some of the most fun and awesome sessions I’ve had. He played different ideas and tracks and I would just get in my zone and improvise melodies til I sang something we all loved. Writing the lyrics together was a lot of fun. Jacques is about a one night fling with a french dude. It’s raw and cheeky, because that’s what that night was. This is the club banger on my new album Sunshine Kitty”.