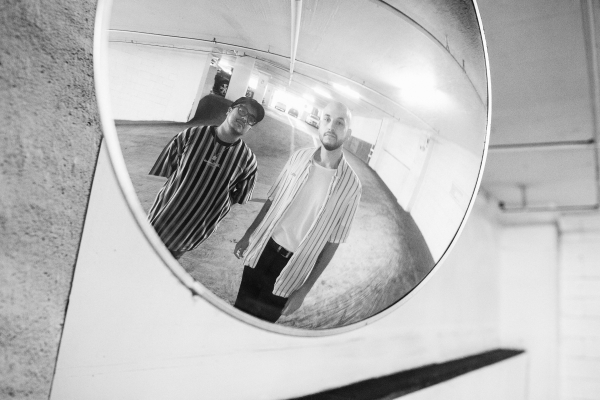 Good Times Ahead Milky Cabrera – Good Times Ahead, known for pioneering the crossover space between electronic and Latin genres, have put their own unique twist on the mixtape concept via HARD Recs to celebrate this year’s edition of HARD Summer, one of the more forward-thinking festivals in the game known for its curatorial excellence.

HARD became one of the first brands to scout out the fledgling Good Times Ahead far back at the beginning of their career. The duo have since become a veritable legacy act, playing the brand’s events numerous times while climbing to the top of dance music’s ranks. The groundbreaking Good Times Bad Times at Hard Summer commemorates that long-standing relationship.

The project is off to a strong start via its just-released debut single, “Milky Cabrera”—a hard-hitting Diplo feature with a house foundation and energizing vocal samples built for stirring a frenzy on the dancefloor.

Good Times Ahead will be performing a very special edition extended set at HARD Summer. The two-hour performance will serve as a retrospective of their career, featuring  cameos from other big league players they’ve worked with in the past, and will no doubt include first-time plays from their upcoming HARD Recs longplayer. It will also feature newly designed visuals as part of their switch in aesthetic direction and move to using their full-length moniker.

Good Times Ahead’s release of the Good Times Bad Times at Hard Summer and their subsequent HARD Summer set coincide with the launch of their very own label, Good Times / Bad Times Records, which they’ve opened through Insomniac Music Group. The label will serve as a platform that gives Good Times Ahead full creative control over their own direction while additionally allowing them to showcase and cultivate the careers of their favorite up-and-coming talents. Expect the duo to continue flourishing as they helm their own imprint and expand their reach far beyond the confines of electronic music.