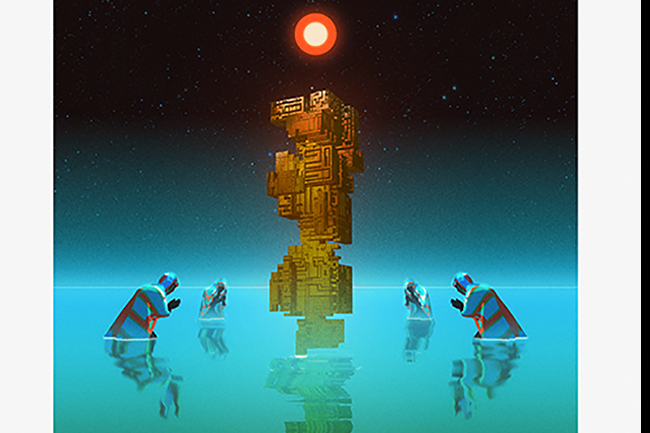 Packed with a diverse range of sounds and first class production, the seven track release opens with ‘1 More Mile,’ before leading effortlessly into the explorative ‘Walls Down’ ft. Evan Giia. ‘Boundless’ keeps the energy levels high with its darting instrumentals, before the deeply textured ‘Schools Out’ drops. Rounding off the EP is ‘Boundless,’ the powerful ‘Inevitable’ and vocalist Ricky James is brought on board for ‘Alright With Me.’

The boys spoke about the project, saying: “After the filthiness that was SAGA-I, we decided to come back with something drastically different. The new EP offers 7 songs that convey life on SAGA-II, a planet of newfound awareness where people accept life and death as they are, using it to live better now. We feel that the best way to experience this place is to not only hear it but also see it… The SAGA-II film was shot all over the world, from India to New York to Seattle, and combined the efforts of a small army of visual artists. It tells the story of a relic from SAGA-II that accidentally arrives on Earth, connecting strangers in a shared moment of presence. This film is best when watched several times to find all the hidden connections.”

In today’s society music can be experienced through an array of different sounds and visuals. However, it can be hard to find something truly extraordinary that stands out. Thankfully, MEMBA is here to save everyone from the status quo of both music and visual art forms.  Make sure you watch the SAGA-II EP experience below and you can stream the EP.