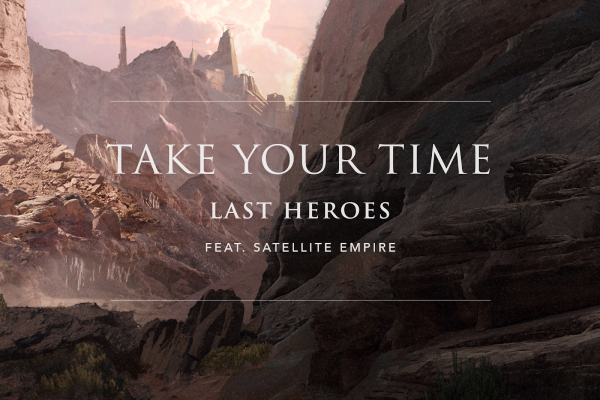 Last Heroes – ‘Take Your Time‘ – Colorado duo Last Heroes are sharing their debut original on Ophelia Records with ‘Take Your Time,’ a natural move for the scene newcomers, who have not only supported label boss Seven Lions on the road several times, but have also remixed his 2018 Ophelia-released track ‘Dreamin,’ late last year.

Electronic duo Last Heroes couples their production prowess and knack for musicality for an overwhelming package of emotional and melodic bass inspired tracks. Hailing from Colorado, the duo is comprised of Garrett Lucero and Brian Helander. Coming together in 2016 after each began their own individual projects years before, the project started as a collaborative track that evolved into so much more.

Three years later, these guys off ‘Take Your Time‘ which heavily utilizes the guitar underneath the verse from Satellite Empire – a fresh combination for the catalog – before dropping into a gorgeous release, stylistically reminiscent of what has set Ophelia and Last Heroes apart in the melodic bass scene.