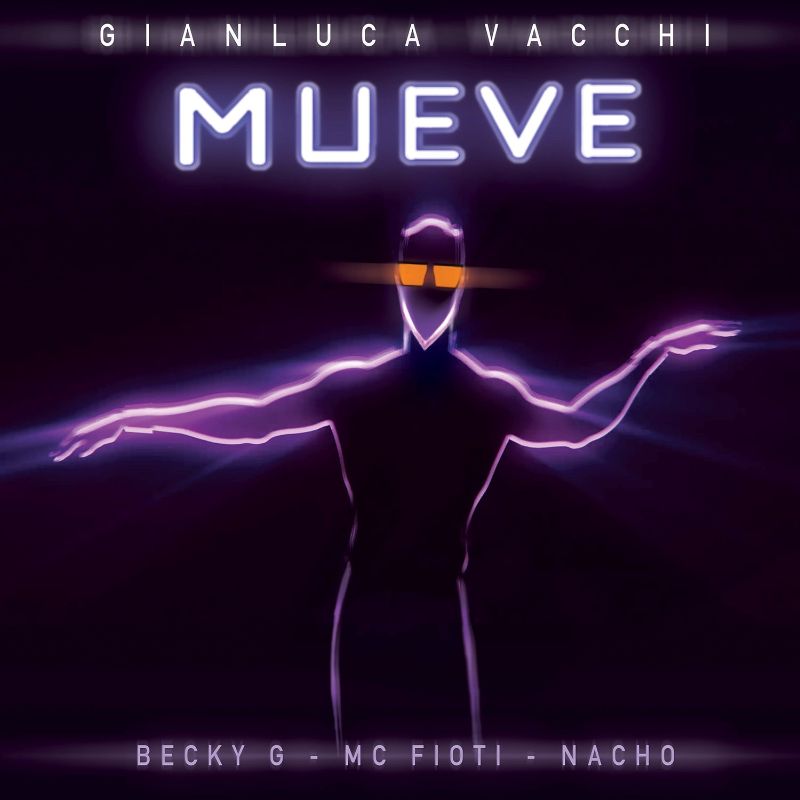 ‘Mueve’ sees Vacchi collab with MC Fioti, Becky G and Nacho to create one of this summer’s most unique tracks. Using a different assortment of sounds than most of his contemporaries, Vacchi and his army of talented vocalists keep dance floors filled with stripped-down tribal rhythms, hard-hitting bass tones, and only the smallest hint of instrumentation to keep things interesting.

Gianluca Vacchi, a master of many businesses, decided to change his life and so he became a global entertainer with millions of followers on Instagram. With big connections to an assortment of celebrities and musicians, a musical career was the obvious next step.  After successful  collaborations with Luis Fonsi, Sebastian Yatra, and Yandel, he is becoming a major player in the Latin electronic scene.

Sao Paulo’s own MC Fioti found fame with the gigantic remix of his own ‘Bum Bum Tam Tam’ featuring Future, J Balvin, Stefflon Don and Juan Magán which has exceeded 1.2 billion views on YouTube. Becky G has previously worked with the likes of Daddy Yankee and David Guetta, winning multiple awards in her short time on the scene, including 2 Latin Music Awards in 2018. Latin Grammy winner Nacho completes this giant rectangle of talent, who make the perfect trio of collaborators for the ever-exciting and creative Gianluca Vacchi.