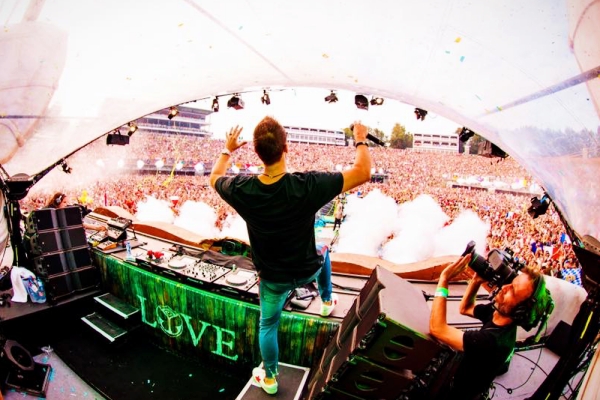 Yves V – ‘My Friend‘ – Already jumping off a stellar start for 2019, cue collaborations with a who’s who in dance music such as KSHMR, Krewella, Sam Feldt and Rozes, Yves V now steps back into the solo realm as one of the most exciting producers on the Spinnin’ label and as an integral part of the Tomorrowland family and he’s showing his earned stripes with all-new single ‘My Friend.’

Sampling iconic UK duo Groove Armada on their 2001 track of the same name, the lyrics echo as the introductory hook, swirling in suspense with a barely-there backdrop until Yves V‘s pumping electro, melody-driven keys and big-room beats give it a modern, European take on dance music in 2019; all whilst paying homage to the original.

Already earning support from Don Diablo, Afrojack, R3hab and receiving a premiere on Dutch super radio Slam! FM during Yves‘s exclusive live session earlier this month, expect this to be heard everywhere from the Tomorrowland main stages, to EXIT, Ziget, EDC and more – make sure you get your hands on this corker, out only on Spinnin’ now!