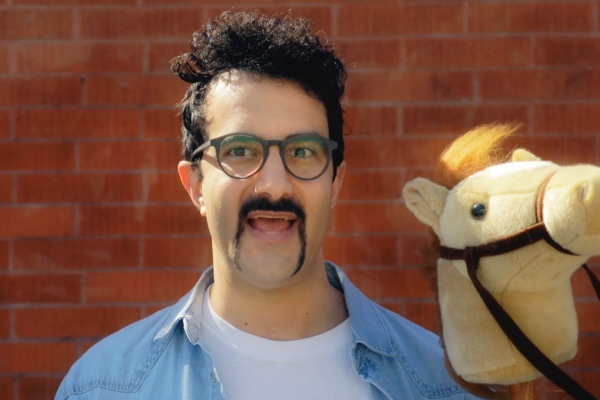 Valentino Khan – “PONY: How It Works” – The new “micro-mobility platform” arrives following the LA-native DJ and producer Valentino Khan‘s new booty-shaking bass house track ‘Pony‘ and equally wild music video. In Valentino Khan‘s ‘Pony‘ music video, we’re introduced to the video’s unlikely stars, a group of older women who conduct some questionable rituals in the high desert, with plenty of equally dubious dance moves in between. However, the leading role is the mysterious white horse that serves as the track’s namesake, which befalls a shocking fate at the video’s end. See for yourself by pressing “play” on ‘Pony‘ and see if you can spot Valentino Khan in his cameo! Stay tuned for more news about Khan‘s upcoming EP and exciting collaborations coming soon.

The world was introduced to LA-based DJ and producer Valentino Khan in 2014, when he burst onto the scene with his debut EP, In Khan We Trust, on Skrillex‘ OWSLA label. Khan‘s sound possessed a unique versatility, incorporating elements of trap, bass, hardstyle, house and more into a driving, often heavy sound that found homes on labels such as Mad Decent, Spinnin’ Records and Ultra. In 2015, Khan‘s original track ‘Deep Down Low‘ became an international sensation, earning the title of “Most Played Track” of the year and topping Sirius XM‘s #1 Song of 2015 on Electric Area and over 33M streams on Spotify.

Since then, he has earned a reputation as a remix master with official renditions of RL Grime‘s ‘Pressure,’ Alison Wonderland‘s ‘Good Enough,’ Calvin Harris‘ ‘One Kiss‘ and more. His original productions include ‘Pump,’ which has over 23M streams on Spotify, ‘Gold‘ with Sean Paul, ‘Novocaine‘ with Kayzo as well as production credits for the likes of 2 Chainz, B.O.B., Dizzee Rascal, Iggy Azalea, T.I. and more.

Khan has set the stage for his best year yet, and with the release of ‘Pony,’ he’s well on his way to achieving it!