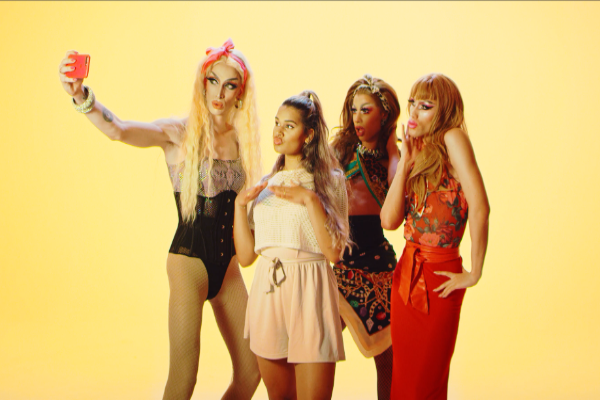 ‘Post Malone‘ was the glorious finale of the Magnets EP and gets streamed over 700.000 times a day. The song is topping the charts worldwide, was added to Today’s Top Hits on Spotify and hit the 10 million streams last week, within a month after the release date. To celebrate these milestones and because of the popularity of the song, Sam decided to create a corresponding music video.

“Just like the track itself, the official video for ‘Post Malone’ is all about attracting good vibes and sharing awesome moments with your favorite people. The clip is based around the concept of a never ending after party that just gets crazier and crazier as the time passes, and is strongly linked to the lyrics behind the song. Shooting the video together with RANI and the actors was really cool and to be honest happened so fast! We finished the whole clip shoot in a day, and that’s including the Ferrari shots!” states Sam.

And there is more. If you add ‘Post Malone‘ to your favorites on Spotify you might win a trip to Sam‘s show on Ibiza September 11 including flights, hotel and of course guest list for the show at Hï Ibiza. More info about the contest can be found here.