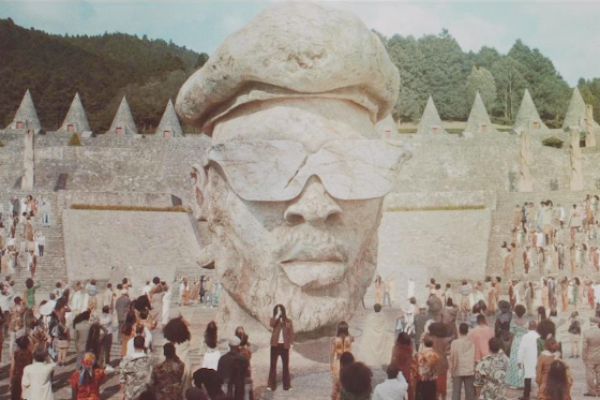 Stream ‘Can’t Take It From Me’ Here

Of the video Irrum says, “The visuals were inspired by my garden in Walthamstow and the stories hidden in the paintings of Alberto del Pozo. I teamed up with the art poet Luis Luino for the production design, and it was shot by my good friend and frequent collaborator Andres Arochi.”

Major Lazer is the group’s fictional figurehead, a one-armed, Jamaican Zombie War commando with an experimental lazer arm and a secret identity as a Trinidadian dancehall club owner, embodying the group’s mission to free the universe with music. With the help of his longtime allies, Major Lazer has gone on to release 2009’s ‘Guns Don’t Kill People…Lazers Do‘ and 2013’s ‘Free The Universe‘ successfully reaching billions across the world with their message of world peace.

In 2015, Major Lazer returned with Peace Is The Mission, this time enlisting friends from across the globe in an effort to achieve his goal of making the world smaller by making the party bigger. By bringing their music and dance to every corner of the globe, they were able to unite the masses and achieve Major Lazer‘s mission of peace.

‘Can’t Take It From Me‘ marks the reappearance of the Major Lazer character from the beyond (designed by Ferry Guow). Major Lazer has found enlightenment and given up his physical body, returning to spread the message of Lazerism with the help of Diplo, Walshy Fire and the Lazer Gyals. His message has taken the form of music and his teachings the form of songs for Diplo and Walshy to put down on records. He anointed the Lazer Gyals as high priestesses of dance. Together they will spread his message near and far!