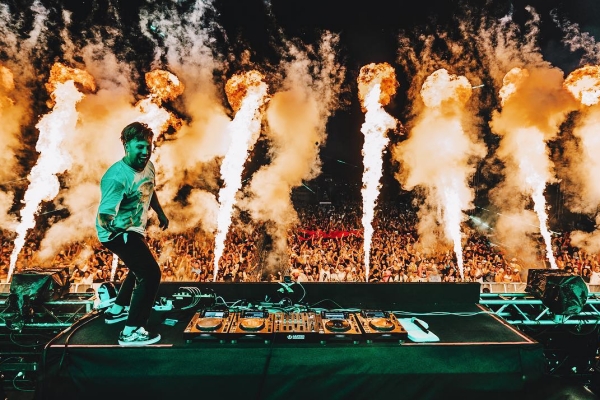 ‘Night Terror‘ is a gut-punching record that gives bass lovers their fix layered with the hard edge of heavy metal. Best friends Kayzo and Yultron, in the studio among meme wars and fan chats–started work on the song, with Yultron bringing in his long-time friends of Mice & Men to deliver extra texture with vocals, scorching guitars and live drums enhancing the producers’ unique soundscapes.

Lyrically the track also carries heavy weight. Says of Mice & Men‘s Tino Arteaga, “‘Night Terror’ to me describes the vulnerability of our minds and the overwhelming sense of terror that can sneak into our thoughts when we lay awake at night. We all know that feeling and I think this song really shows how irrepressible those feelings can become sometimes.”

‘Night Terror‘ follows previous Kayzo collaborations with Alex Gaskarth of All Time Low (‘Up In Flames‘), Underoath (‘Wasted Space‘), Blessthefall (‘Before The Storm‘) and ‘Alone‘ with New England-based post-hardcore band Our Last Night. Look for a new album from Kayzo to be released very soon!