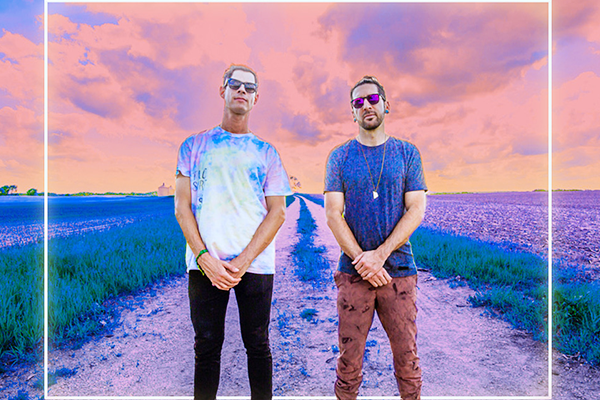 Big Gigantic – ‘You’re The One‘ – Big Gigantic have released their new single, ‘You’re The One‘ featuring Nevve, out today on Big Gigantic‘s Counter Records. The song is the band’s first solo single in three years since their 2016 album, Brighter Future. Big G announced the song last week and asked their fans to share what they love about themselves via together.biggigantic.net and shared a short video continuing the narrative of self-love and finding happiness.

“We’re so excited to start this next phase of Big Gigantic. We’re starting the process of looking directly inward with our song ‘You’re The One’. The theme of the song is loving yourself, which in this day is something we could all do more of. We put so much pressure on ourselves to succeed, do the best we can, be the best we can & keep up with others around us. That pressure can easily turn from something positive and motivating, into something negative and uninspiring. It can lead to some dark places so it’s important to take a step back and remember to take time to love yourself.” – Big Gigantic

The band also announced recently that they’re bringing their annual Rowdytown show to New York on August 23rd at The Brooklyn Mirage. The annual show’s home venue is the iconic Red Rocks Amphitheatre in Morrison, Colorado but this year they’re expanding to New York for the first time ever. Big Gigantic is bringing their full-on immersive 3D setup that they debuted at last year’s Colorado shows, along with additional performances by Hippie Sabotage, shallou, Louis Futon and ilo ilo. Tickets are available now here.