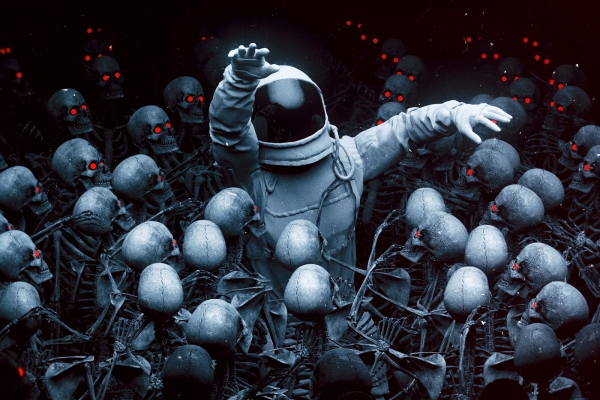 ATLiens & EDDIE – ‘Closer‘ – The extraterrestrial masked duo ATLiens are back on the scene with their new single ‘Closer.’ With scenes straight out of a horror movie, the ‘Closer‘ video perfectly matches the mid tempo track’s ominous vocals and menacing experimental bass sounds.

With imagery symbolic of the group’s dark and mysterious existence on earth, ‘Closer‘ marks the beginning of forthcoming music and a new era for ATLiens, as they’ve been working on a live show for fans and have an arsenal of unreleased music. Known for their innate penchant for production, ATLiens‘ invasion onto earth’s bass music scene will be hard to miss.