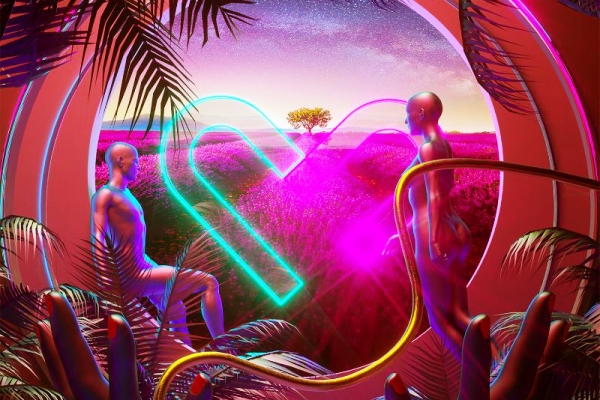 Sam Feldt – Magnets EP – After creating dozens of tracks of pure dancefloor gold, scoring numerous crossover hits and playing the world’s biggest events, Sam Feldt now announces his most ambitious project to date. Magnets is a glorious 5-track EP that marks the high point of his creative efforts so far. Gorgeous recent singles ‘One Day,’ ‘Magnets‘ and ‘Hide & Seek‘ were already released, and the remaining two tracks, ‘Lose My Colours‘ and ‘Post Malone,’ are out now to finally complete the long awaited and teased late EP.

‘Magnets‘ rings out with triumphant trumpets, joyous pianos and beautiful vocals from Sophie Simmons proclaiming “We’re running we’re fighting and even though we’re trying we never win. We’re magnets, pull us apart we’re coming back again.” ‘Hide & Seek‘ with SRNO turns the story to a place of melancholy and sorrow, dropping the tempo and letting Joe Housley‘s sweet vocals flex over a cool future pop beat. A long lost love is back; they play hide and seek to find their way back to each other, a magnetic attraction.

‘Lose My Colours‘ with Sam Martin on vocals continues the despair of the story, with the trumpets playing out a more yearning melody than before while he sings “tell me if it’s still alive.” The magnetic attraction is decreasing; one person still tries to attract the other, but it’s unclear if the other person still feels the same.

The already-released ‘One Day‘ forms the next part of the story, where ROZES‘ sweet vocal delivery tells the tale of the protagonist realizing that the attraction has died and that they are alone once again. ‘Post Malone‘ is the triumphant finale, with RANI setting out a manifesto for independence and strength over a buoyant, bouncy summer groove.