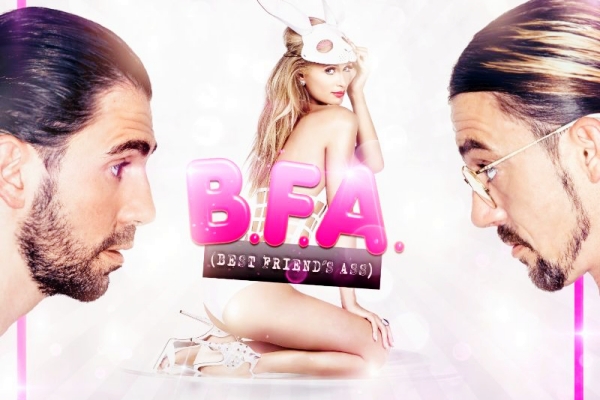 ‘Best Friends Ass‘ displays all the hallmarks of a Dimitri Vegas & Like Mike production, with a round bassline providing a strong foundation for Paris‘ vocals to take centre stage and flourish. The lyrics give the track a playful nature, upbeat and sure to get the party started wherever it is dropped in the coming months, as the production techniques of the pair combine perfectly with Paris‘ topline to provide a song that is instantly catchy from the first listen.

‘Best Friends Ass‘ is another example of Dimitri Vegas & Like Mike‘s skill in straddling the fine line between clubland and mainstream, culminating in a record that is both suited to festival main-stages as well as the radio, and you can be sure that the track is going to be heard across all platforms for a long time. ‘Best Friends Ass‘ featuring Paris Hilton will be releasing very soon via Arista Records and Sony Music.