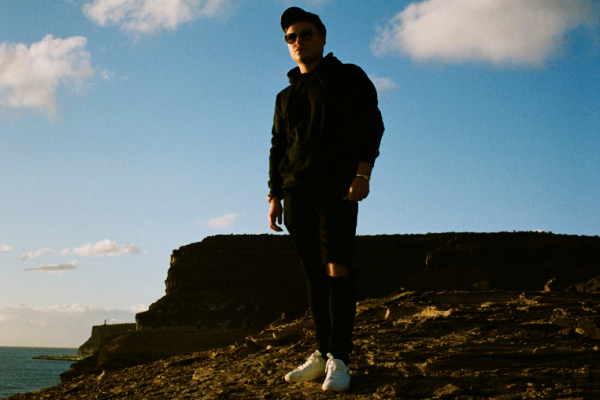 ‘Ready For Love‘ is the second installment from Klingande‘s upcoming debut double album, The Album. The single includes an emotive vocal performance from Joe Killington, who has become a recognized songwriter with credits including Armand Van Helden‘s ‘My My My‘ and has contributed to songs for established names such as Fatboy Slim, Jaguar Skills and Avicii, among others. Also featuring on ‘Ready For Love‘ is revered French musician Greg Zlap, who plays the harmonica on Klingande‘s new track.

Starring French professional surfer and model Victoria Vergara, the music video for ‘Ready For Love‘ serves as a continuation of where the cleverly-cut visual for ‘By The River‘ left off. The clip features impressive landscapes and stunning sunsets as both Victoria and Klingande bring the song to life.

Due out on September 27th, The Album will be comprised of two sides; CD1 will feature brand new productions including ‘Ready For Love‘ and his previous single, ‘By The River‘ featuring Jamie N Commons, whilst CD2 will be filled with the French producer’s previous hits, including the multi-platinum selling hit ‘Jubel,’ ‘RIVA,’ ‘Pumped Up‘ and ‘Wonders.’

Off the back of the successful fifth edition Klingande‘s Playground Pool Party at Miami Music Week 2019, the Frenchman kicked off the US leg of The Intimate Tour last night in Orlando and will be performing to a sold-out audience at New York’s Elsewhere venue tonight. The US run of The Intimate Tour will see Klingande perform in Chicago, Las Vegas, Los Angeles and more, before heading into Europe. With the producer’s show at London’s Omeara already sold out, fans will have a taste of Klingande‘s eagerly-awaited forthcoming debut album.