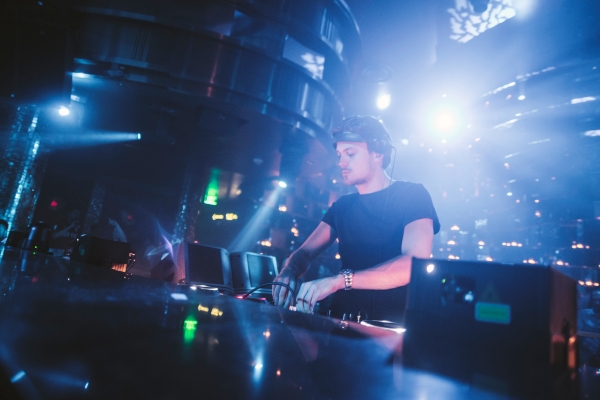 Julian Jordan – ‘Oldskool‘ – When your track stays at the top of 1001tracklists.com for weeks on end, you know you’re onto something special. That’s exactly what happened with Julian Jordan’s monstrous new track ‘Oldskool,’ which until known has simply been charted as ‘Unknown ID.’ Martin Garrix had the honor of premiering this beast, with lots of speculation as to who was behind the track. It was only at the start of May that Julian was revealed as the track’s creator.

While Julian Jordan is known for his multiple styles, this one is in the darker, harder end of his spectrum. Vocals pepper the build to add tension and the punishing drop yields chainsaw bass, warped melody and driving, skipping hi-hats rhythms that give the track an urgent feel.

Then comes the main break, with a dazzling synth arpeggio that has a bit of classic tech-trance flavor in its dirty tone. It takes center stage before being sucked back into the depths and we’re again thrown headlong into the drop.

Catch Julian on tour over the next few weeks at Inferno Club in Kemer, Turkey (May 10), Emporium Festival in Holland (May 24) and EW Invazion in Quebec, Canada (May 31). This season he follows up previous gigs at Tomorrowland, Electric Daisy Carnival Vegas and Ultra Miami with a big set at Sziget in Hungary and a slot on the STMPD RCRDS stage at Mysteryland.