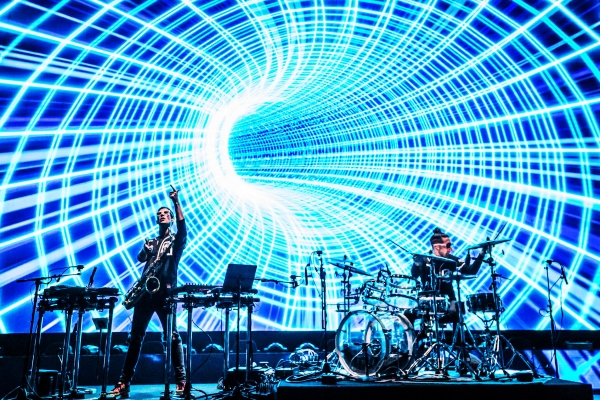 Out now via all major streaming platforms, ‘Better Believe It Now‘ is an anthemic fusion of organic and electronic instrumentation- fusing the worlds of jazz, funk, hip-hop, and dubstep. Highlighted with the saxophone melodies of Big Gigantic‘s Dominic Lalli, ‘Better Believe It Now‘ hits a unique sweet spot between danceable easy-listening and all out head banging.

The single comes on the heels of a stacked 2019 summer schedule for both respective artists. Fans can catch both Gramatik and Big Gigantic live at Illinois Festival Summer Camp (May 23rd-27th). As for Gramatik, he’ll also be playing Bonnaroo, Electric Forest, and Sonic Bloom before a run of European festival dates.

Big Gigantic will be making stops at this year’s Elements Festival, Summerfest, Float Fest, Werkfest, Dancefestopia and will be closing out the summer with their own headlining festival, Rowdytown, at Colorado’s Red Rocks September 27th-28th.