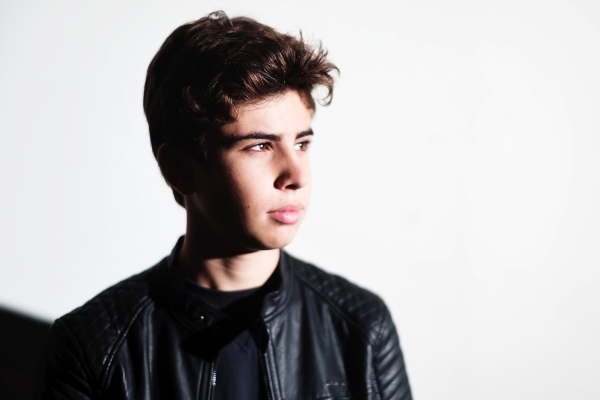 Federico Gardenghi – ‘Loco‘ – Despite his young age, Federico Gardenghi has already cemented his place in the Techno scene, and he’s beyond eager to build out and substantialize his career even further. The remarkably talented Italian youngster how now started a new chapter by releasing his debut record ‘Loco,’ which immediately entered Music Week‘s Cool Cuts chart at #20.

Federico Gardenghi is nothing short of a groove master when he takes the decks and it seeps through to his productions as well. With killer beats that keep spiraling out of control, his debut record on Armada Subjekt oozes club-rocking potential. The title of this groove-infested track says it all, ‘Loco‘ is percussion-driven madness made for the dance floor, released on the exact day the boy wonder turns fifteen years old.

Federico Gardenghi, who recently shared the stage with the likes of Adam Beyer, Amelie Lens, Chris Liebing, Richie Hawtin and Stephan Bodzin at HYTE NYE at Funkhaus, Berlin, inevitably caught the dance music bug by reading international magazines and watching DJ videos with his parents. Inspired by the likes of Armin van Buuren and Carl Cox, he set out to devise his own approach to selecting and playing out underground music, and he’s been making waves at a very young age ever since with performances at European Music Festival in Milan, alongside Carl Cox in Ibiza and more.