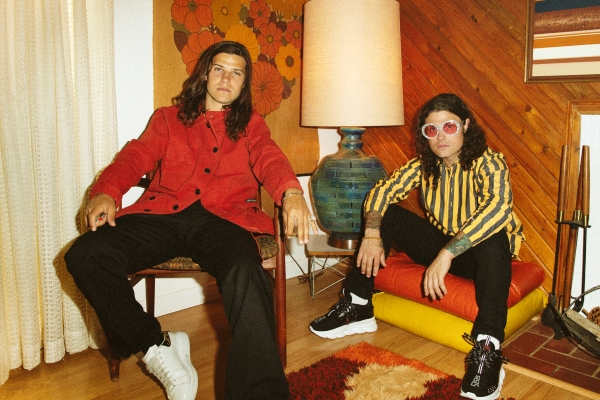 DVBBS & BRIDGE – ‘GOMF‘ – If the upcoming summer season finds you feelin’ yourself and searching for a track to match that vibe, look no further than DVBBS and LA up-and-comer BRIDGE‘s new collaboration ‘GOMF.’

The song delivers a fusion of feel-good house and smooth, soulful vocals with sunny melodies and a deep bassline that builds up to a groovy drop. The Canadian brothers began a friendship with BRIDGE that eventually evolved into ‘GOMF,’ which was partially produced in BRIDGE‘s Beverly Hills poolhouse studio, invoking those summery sounds that make the track so irresistible.

With plenty of attitude baked into the “get out my way” lyrics, ‘GOMF‘ is a feel-good release for those days with the top down, radio up, and no one standing between you and the open road.