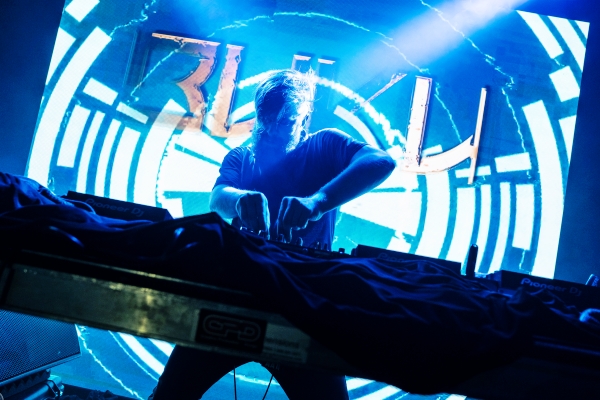 Buku – ‘To Ya Brain‘ – Faithful listeners of Pittsburgh native Buku have been chomping at the bit to hear what is next from the bass heavyweight and he does not disappoint as he returns with his first release of the year, ‘To Ya Brain‘ in addition to the reveal of a massive United States tour.

Laden with his signature bass-doused soundscapes and pounding drops, there is no question that ‘To Ya Brain‘ is an instant classic that is certain to be in heavy rotation for bass enthusiasts this spring. ‘To Ya Brain‘ witnesses Buku‘s ability to push the envelope within the realms of his ever-flourishing genre as he delivers three minutes of heavy hitting, full-fledged bass. Buku‘s intricately crafted soundscapes are brought to life as ‘To Ya Brain‘ allures listeners with a throbbing bassline, ominous vocal overlays and staggering synths.

The track’s infiltrating bass knows no bounds and this heavy-hitting production will surely set the stage for what’s to come in 2019 as Buku unveils his very own Cruisin’ USA Tour which will make its way through thirty different cities in twenty-two states across the nation. Kicking off in September the four-month long tour will see support from fellow bass connoisseurs Zeke Beats, Esseks, FRQ NYC, Secret Recipe and sfam. The tour’s “Fan Club” pre-sales went on sale on Tuesday, May 28th and will go on sale to the general public beginning Friday, May 31st.

Buku continues to ride a massive wave of success following his stint on Space Jesus‘ Temple of Noom Tour as he teamed up with some of electronic music’s brightest talents to bring his signature sound to every corner of North America. While holding an impressive string of monumental remixes, originals and EPs under his belt, Buku sees support from fellow industry heavyweights Bassnectar, Diplo, Space Jesus, G Jones, Minnesota and so many more. With a plethora of new releases slated for the latter half of the year in addition to the commencement of his Cruisin’ USA Tour – Buku exhibits absolutely no signs of slowing down and will only continue to further solidify his standing within the forefront of the bass scene.