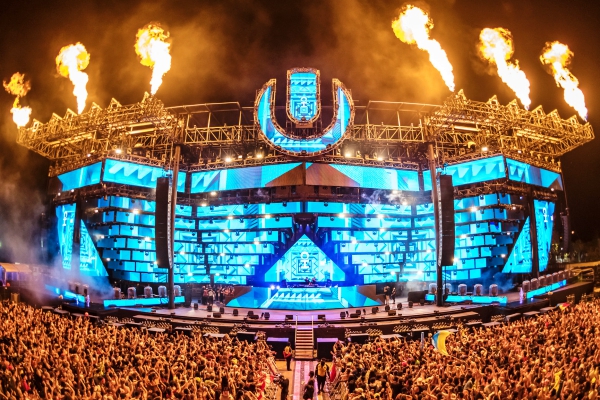 Ultra Music Festival 2019 – Wrap Up – Ultra Music Festival made its indelible mark this past weekend on its new home in Miami’s picturesque Miami Marine Stadium and Historic Virginia Key Beach Park. With over 170,000 fans from over 105 countries attending across 3 days, the 21st edition proved to be the biggest yet for the World’s Premier Electronic Music Festival.

The 21st edition featured 8 unique stages, all meticulously curated in sound and production. The world-renowned Main Stage provided attendees with yet another year of unparalleled performances with Marshmello, Martin Garrix and The Chainsmokers closing the festival each night. To add a new dimension to the already scenic Miami Marine Stadium, the Live Arena hosted visually stunning and immersive performances from headliners Galantis, Gigantic, NGHTMRE, GRiZ, ILLENIUM, Louis The Child, ODESZA and the legendary Tom Morello.

Canadian mainstay deadmau5 brought his highly anticipated Cube 3.0 stage to life for its worldwide debut on Saturday. Before taking the production across the nation on his Cube 3.0 tour, the Canadian native gave Ultra patrons and live-streamers a first look at the new and improved version of his classic “Cube.” Positioning the globally revered producer dead center with a 360-degree swivel, the stage is both undeniably arresting and visually encompassing. Fellow Canadian, Lights, took the stage with deadmau5 to perform ‘Raise Your Weapon‘ and an instant classic, ‘Drama Free.’

UMF TV provided a livestream across the 3 days of the festival, inviting viewers to experience the new venue in the comfort of their own home. Commencing daily at 5:00PM EST, the livestream broadcast one-of-a-kind performances from Ultra‘s new home to 30 million viewers worldwide. Performances from the likes of Tiësto, Alesso, Dog Blood, deadmau5, Carl Cox, The Chainsmokers and Armin van Buuren were featured across the weekend, among many others.

Ultra Music Festival once again featured a slew of unannounced surprises, with Armin van Buuren bringing out one of the weekend’s most intriguing guests, Van Halen frontman David Lee Roth. The two debuted a remix of the legendary rock band’s iconic song ‘Jump,’ which had the entire festival on their feet. NGHTMRE and Slander brought out NBA Hall of Fame member Shaquille O’Neal for nearly five minutes, in a fantasy back-to-back-to-back appearance. Martin Garrix filled the “TBA” slot on his STMPD RCRDS hosted stage at UMF Radio on Sunday, Afrojack called upon Rae Sremmurd and The Chainsmokers united alongside ILLENIUM to unveil their monstrous new collaboration.

With the City of Miami, City of Miami and Miami-Dade Police and Fire Rescue working tirelessly to make the event and its attendees as safe as possible, 36 arrests – albeit mostly preventative ones – were made over the weekend, making the event one of the safest editions to date.

With the conclusion of the 21st edition of Miami’s very own Ultra Music Festival, the event has confirmed their return on March 27, 28 and 29th, 2020.