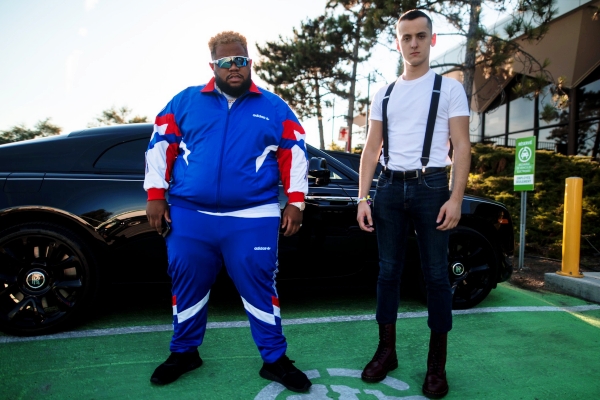 Sludge – ‘Blacksmith‘ Official Music Video – The newest import from Carnage‘s Heavyweight Records is Sludge, who might just be the most sinister of the notorious label’s recruits yet. Sludge makes an unforgettable debut with ‘Blacksmith‘ and its accompanying music video, which uses the track’s fusion of gut-wrenching, stabbing synths, pulverizing basslines and disturbing vocal samples to amplify the video’s twisted story line.

We are introduced to Sludge as the leader of an Eastern Europe cold war era-esque extremist gang – complete with skinhead rituals and a very suspect lemonade drink – whose mission is to control and manipulate his disciples with his music. Sludge‘s absolutely nefarious music style combined with the video’s ’90s VHS production and dismal setting creates a chilling alternate reality – and that’s exactly what Sludge intends.

The music video and song ends with our anti-hero driving off to other adventures and undoubtedly other conquests, making us squirm with anticipation of his next move. Keep a (wary) eye out for Sludge‘s new music and appearances on Heavyweight Records later this year!