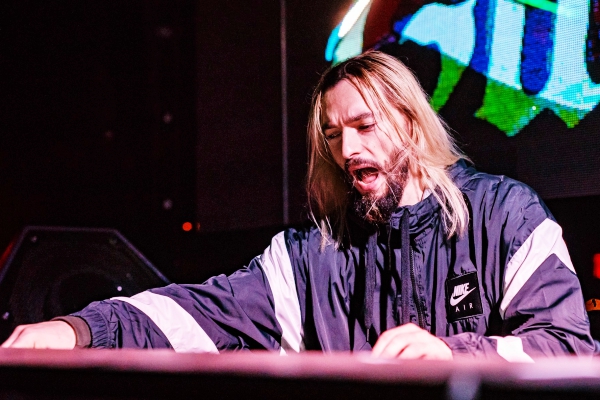 Salvatore Ganacci & Megatone – ‘Cake‘ – Bosnian-born Swedish Artist, music producer and DJ, Salvatore Ganacci, with his huge personality and energy that is now represented on every corner of the globe; he brings enormous passion and craft to every performance and record, including his most recent release with Israeli producer Megatone, ‘Cake‘ out today via Big Beat Records. The jumping and thumping basslines are just in time to get you pumped for Miami Music Week.

‘Cake‘ is impossible not to move to with its quick-witted bassline guiding you through and an infectious topline – all a testament to Salvatore‘s hard hitting and experimental sound, which has separated this high-octane talent from all others in his lane.

Salvatore‘s unique style of performance has spread like wildfire on social media and if you haven’t seen videos of him busting moves behind the decks, where have you been? For Salvatore, a lot started with ‘Fresh,’ – a track written alongside Major Lazer‘s ‘Jillionaire‘ that set the tone for his future. The following years he went on to create some of the most illuminating solo material with the releases of ‘Dive,’ ‘FLAGS!‘ and ‘Talk, Ride It‘ (with Sebastian Ingrosso feat. Bunji Garlin), ‘Way Back Home‘ and ‘Imagine.’