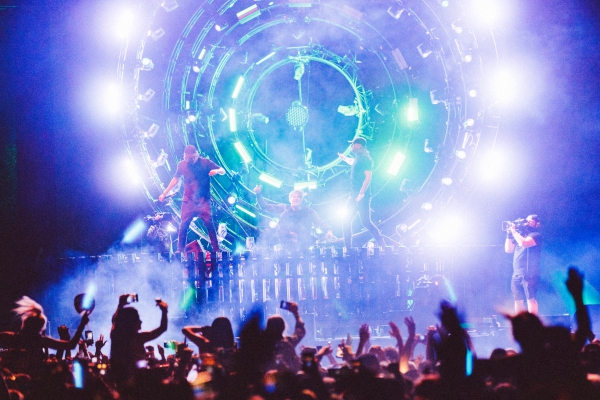 NGHTMRE, Lil Jon & A$AP Ferg – Coachella 2019 – While NGHTMRE is no stranger to playing massive stages, his performance last night at Coachella‘s Sahara Stage marked his most notable performance yet. After hinting at surprise guests and a brand new stage production via an Instagram post over the weekend, anticipations were high at the half-domed, dusty Sahara when NGHTMRE took to the decks at 11PM.

Amid NGHTMRE‘s own original favorites, it was revealed who his mystery guests were as he was joined by two of the biggest legends in hip-hop, Lil Jon and A$AP Ferg. Fans were treated to an all-star show as Lil Jon performed classic party anthems ‘BANG‘ and ‘Shots‘; A$AP Ferg threw down ‘REDLIGHT,’ ‘Plain Jane‘ and his ‘Work REMIX.’ The hard-hitting bass and a heavy dose of hip-hop combined with NGHTMRE‘s new stage called “The Orb,” which will be featured in his tour this fall, made for an unforgettable night.

NGHTMRE has evolved into a real force of nature over the last several years – between hit collaborations, originals and the launch of his own label, the LA-based artist has earned his position as one of bass music’s leading faces. He recently collaborated with A$AP Ferg on ‘REDLIGHT‘ and Shaquille O’Neal & Lil Jon with ‘BANG‘ and has teamed up with heavyweights like Big Gigantic, The Chainsmokers, Wiz Khalifa, PnB Rock and Dillon Francis.

After pulling out all the stops for this year’s performance at Coachella, NGHTMRE continues his meteoric rise to the top. Stay tuned for his upcoming tour announcements and new music coming soon!