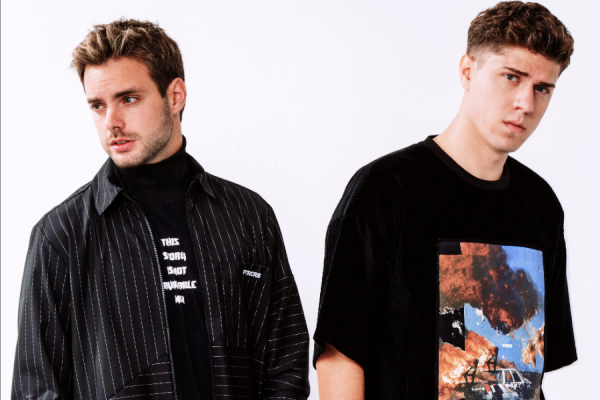 Merk & Kremont – ‘Gucci Fendi Prada‘ – One of Italy’s most popular dance acts Merk & Kremont drops its much anticipated new single ‘Gucci Fendi Prada.’ It’s a record that displays the duo’s widely acclaimed sound like no other, blending grooving tech house with electro and big room melodics, not to mention a highly fashionable drop that’s bound to get the crowd going.

It’s an impressive career Federico Mercuri and Giordano Cremona are making. After they started DJing together a few years ago in their hometown Milan, the duo quickly grew out to become a well known electro/progressive act, releasing their first official tracks on labels like Spinnin’ Records, DOORN, Protocol and Revealed.

2015 saw them score the hit ‘Get Get Down,’ and sign an exclusive deal with Spinnin’ Records, followed by the release of more popular tunes, including the massive 2017 hit ‘Sad Story (Out Of Luck),’ a beautiful track that brought out the pop side of the duo, by now counting over 20 million Spotify streams.

By now, Merk & Kremont have included a fresh tech house sound in their music, perfectly combining this with the duo’s well known melodies and funked up club vibes. Last year’s club hit ‘Sushi‘ underlined their ongoing creativity, now followed up by the stylish ‘Gucci Fendi Prada.’ Laying down a strong house groove, the track features cool vocal samples and a melodic, clubby drop – sure to make moves with any crowd.