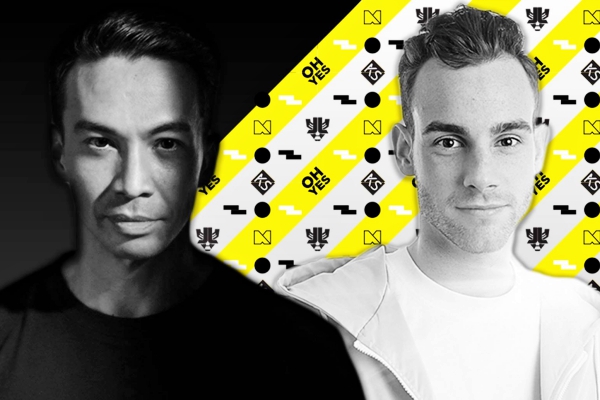 Laidback Luke & Keanu Silva – ‘Oh Yes‘ – We can’t name many more things as recognizable as the original “Oh Yes, Rocking With The Best” phrase. Loved by almost as many DJs as listeners and often spotted on crowded festival grounds and packed clubs. What once started as a chant known for its popularity of many dance lovers, later became the foundation of numerous dance music events worldwide. And now, this new version is out!

For this new revitalized version, Laidback Luke joins forces with Keanu Silva. Luke didn’t hold back in the last few months. With his latest releases ​’We Are One‘ and his official remix of Calvin Harris‘ hit ​’Giant,’​ he once again proved he’s still leading in this always changing dance industry.

After seeing Keanu Silva making major steps with his recent single [in collaboration with Don Diablo] called ‘King Of My Castle‘​ and still feeling the aftermath of the release of ‘Fine Day​,’ we can’t ignore the fact ​that ​he stepped on a steam train towards global domination​.

With this festival anthem coming up, both artists are excited to translate the Miami vibes into an official music video, accompanied by other DJs and fans. This upcoming release is the true definition of positivity and laid back summer vibes. With beautiful vocals and swinging beats, this new release will make you only think, ‘Oh Yes!‘