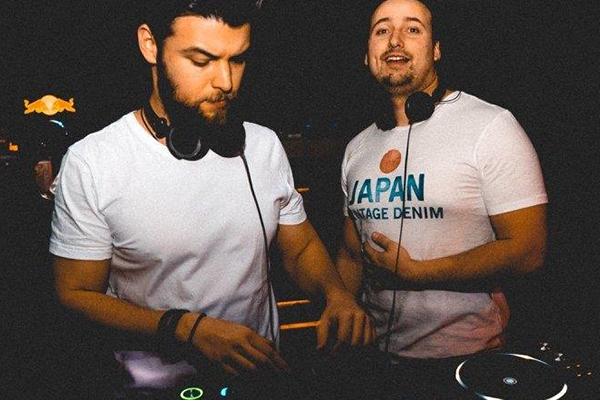 The musical duo AEXCIT have just produced a dynamic new single for AESTHETE Music. ‘Ain’t You’ is the perfect introduction to their smooth sounds if you haven’t heard them before, and we have a feeling they are going to blow up in the remainder of 2019. Get to know them a little better below.

Good to meet you guys! How long have you been making music for? What initially inspired you to start?

Hey guys, thanks for having us. We’ve been making music together for more than 4 years now, but both of us had been producing solo before. We have quite different musical backgrounds: Alex has been playing bass guitar in a rock band and Thomas has been a longterm DJ. Interestingly, Avicii was the main inspiration to start producing electronic music for both of us.

How do you feel your sound and influences have changed along the way since you started, and are they constantly evolving?

In the beginning we mostly tried to recreate the sounds of the artists we loved and who inspired us, and you can probably still hear those early influences today a little.

Later on when our producing skills improved we started to focus more on developing our own sound. Even though we’re happy with where we’re at right now this is definitely something that is evolving constantly to us. We both love to experiment with new sounds and incorporate the influences around us.

How would you sum up your musical style?

It’s probably best described as a mix between pop and house or dance. We usually aim to write tracks that can be heard on the radio but can also be played in a club.

Whose music are you particularly feeling right now?

We’re in love with the current Grey stuff, because they are so good at producing pop songs and at the same time keeping the production interesting and adding their signature sounds to it. Good to see they are finally getting the attention they deserve.

We’re really feeling ‘Ain’t You’ – what inspired this track?

It all started with that guitar riff which fades in in the intro. After adding the bass line, the arrangement developed more or less by itself. We felt quite good about the instrumental early on, since we thought it had the right emotionality and we went into some musical direction we hadn’t gone before. However, finding the right singer and the right top-line then took us quite some time, so that we were only able to finish the track more than a year later.

Are you happy with how it turned out?

Absolutely, after receiving the vocals and being able to finish the track we are both super happy with how it turned out. We’re also glad that the guys from our label Aesthete believed in the track and signed it even before it was 100% finished.

Do you have a tune or release in your back catalogue that you are most proud of?

In general we are proud of all the tracks we have released, because they are all our little babies. A big milestone for us certainly was our first release, a remix for Albertino and Federico Scavo feat. The Outhere Brothers of their track ‘Banga’ in 2015, which came as a result of winning their remix contest after we had been producing together for just a year.

What do you want to achieve this year and why?

Having spent many days in the studio but not releasing much in 2018, we want to focus on releasing more constantly this year. After all the studio time last year we have so many new tracks which we can’t wait to show everyone. And it looks like we’re on the right track so far, our next release is coming up pretty soon…

In this article:2019, AESTHETE Music, AEXCIT, Ain't You, Electronic, Interview