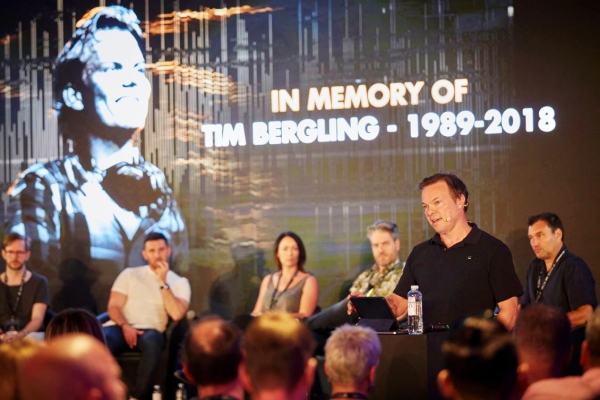 IMS Ibiza 2019 Full Speakers – International Music Summit (IMS) Ibiza, the premier global platform for business, culture and education in the electronic music industry, will once again unite the most influential global industry figures at the 12th edition of its annual three-day inspirational and motivational thought-leadership forum. The platform continues to lead the direction for positive change in the industry, placing artists, visionary thinkers, managers, promoters and thought leaders at the center of powerful discussions that make meaningful difference and push for progress.

Curated in partnership with shesaid.so, the leading global network of women in the music industry, the 2019 program and keynote speakers will focus on mental health, diversity and examining club culture with the objective of developing fresh strategies and leading the direction for change.

Following on from last year’s powerful and moving Avicii tribute by BBC Radio 1‘s Pete Tong, IMS will be joined by Klas Bergling, father of Tim Bergling (Avicii), who will be discussing the important work the Tim Bergling Foundation will do in supporting people and organizations working in the field of mental illness and suicide prevention. The MENTAL HEALTH CRISIS DEBATE will also be joined by music artist and mental health campaigner Professor Green (Artist, UK) and esteemed DJ and producer Luciano (Artist, Chile) in a timely discussion on what our industry can do to protect the health of all those that work within it. They will be joined by mental health experts who have been treating some of the industry’s most successful talents, including shesaid.so member and owner of Your Green Room, Clare Scivier and electronic artist and activist Madame Gandhi, the former drummer for M.I.A.

A Grammy-nominated producer and global head of artist relations at Apple Music, Zane Lowe is one of the most influential names in the music industry today. In a Keynote Interview with IMS co-founder Pete Tong, the Beats 1 host will share his vision for the future of electronic music on Apple Music.

Diversity continues to be a key focus for IMS. The opening Keynote Address is from shesaid.so founder Andreea Magdalina titled THE FUTURE OF FEMINISM IS MALE – GENDER DIVERSITY IN THE WORKPLACE. The campaign and need for an Inclusion Rider for Electronic Music will be initiated at the event. It will be led by IMS, shesaid.so and the Association for Electronic Music. More details to follow.

There will be a range of specially curated keynote addresses and interviews with artists, managers and venue owners including husband and wife partnership Adam Beyer & Ida Engberg (Artists, Sweden), Joseph Capriati (Artist, Italy), plus Grammy and Brit award nominated multi-instrumentalist and producer Jax Jones (Artist, UK) will reveal the secrets behind his two billion streams in a Point Blank Music School production masterclass.

In addition to the first speakers for 2019, IMS presents the additional big moments that punctuate the start of the Ibiza season including the soon to be announced recipient of the IMS LEGENDS AWARD who will once again be celebrated at an exclusive industry dinner plus the best and most diverse line-up that Ibiza will experience at IMS DALT VILA, the summit closing celebration held at the top of the 2,500 year old UNESCO World Heritage Site.