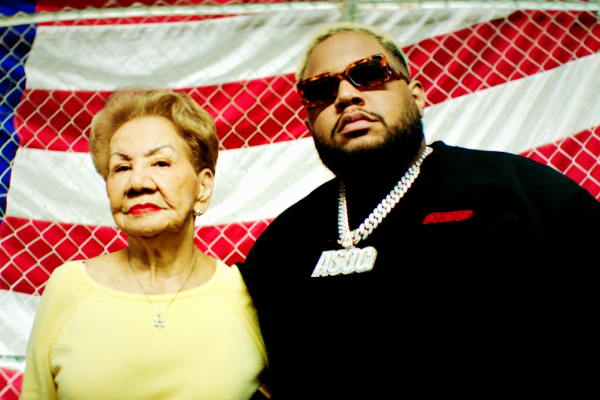 An emotional and thought-provoking production, the video recounts the dangerous journey that Carnage‘s grandmother, mother, and extended family embarked on to enter the United States at the Mexican border. Indie-pop trio Prinze George‘s vivid vocals narrate the chronicle while the video presents the expedition from Nicaragua through to Guatemala, Mexico, and finally, at the southern U.S. Border, where the family is separated and detained. Carnage dedicated ‘Letting People Go‘ to his grandmother who fled Nicaragua to the U.S. to make a better life for her family. The video ends with a radiant shot of Carnage with his arm around his grandmother outside the immigration detention center where she was held in Mcallen, Texas – an impactful and poignant moment.

With millions of streams in its first month and support across Spotify New Music Friday, MINT, Beast Mode, Apple Music A-List and Apple Dance XL and Sirius BPM, ‘Letting People Go‘ marks a fresh musical direction for the young producer. After taking a four-month hiatus, Carnage penned a powerful op-ed for Billboard, where he states:

“Moving forward I want to connect with my fans in a way I never have before. I used to be scared and embarrassed to tell my story. Now I am proud of it and I want you to know it. My mother left Nicaragua, traveled through Mexico, and crossed the Rio Grande into America as an illegal immigrant to create a better life for me. I came to this country speaking little to no English. In this crazy world we all live in now I am embracing this – I am a proud immigrant…I am going to use my platform to be a better role model and help all immigrants like me achieve success…We are going to stand up to the shit that’s going on in this country and make a difference together.”

Now serving as an ambassador for the RAICES Foundation, a nonprofit that provides free and low-cost legal services to undeserved immigrant children, families, and refugees based in Texas, Carnage will donate a portion of the streaming revenue from ‘Letting People Go‘ to the foundation. Sending a poignant message with the ‘Letting People Go‘ video, Carnage sets a clear musical agenda for 2019 and beyond.