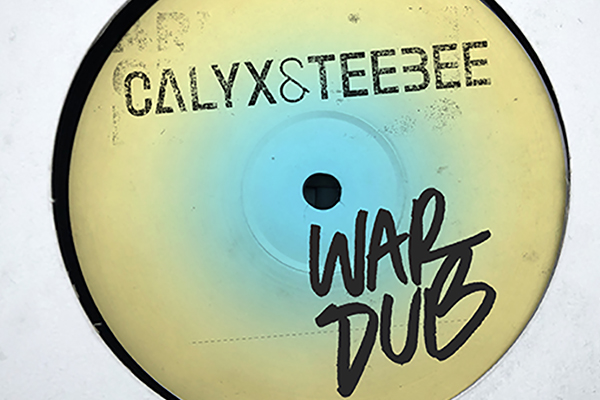 Drum & bass power duo Calyx & Teebee are back and armed with a new single. They present ‘War Dub’ as an introduction to their newly devised series, Plates. Set to be a string of singles leading to a final collection, this is all about going back to the revered dub-plate culture – the music, the art and the visuals.

‘War Dub’ is the perfect way to get things going. Suitably heavy from the off, the pair uses a horn sample like a battle cry, getting you ready for its switching breaks and gnarly bassline.

They say: “Having released 2 albums since we joined RAM Records, we’re excited to be starting our next chapter with them by launching a new series called ‘Plates.’ It takes us back to our DnB roots – both musically, and in terms of how the music disseminates to our peers, fans and ravers.”

Check out ‘War Dub’ below.